Obviously the weather has been the focus of most people’s thinking lately and it has ensured that no scheduled GAA fixtures have taken place over the past week. Schools finals in particular have suffered but with the recent signs of a thaw the fixtures committee in Tyrone has pencilled in the following two games for next weekend.

(In the event of a draw extra time will be played)

(In the event of a draw extra time will be played) 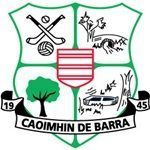