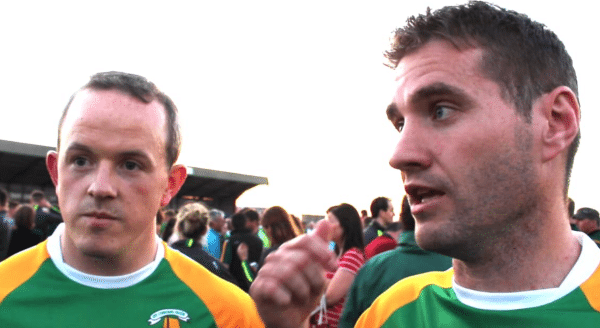 Carrickmore have won back the Tyrone Minor Football Championship for the first time in 12 years. The Carmen men were just a little too strong for an Ardboe side that never gave up. After the final whistle we caught up with the management team of Barry Daly and Ciaran McAleer to hear their thoughts.