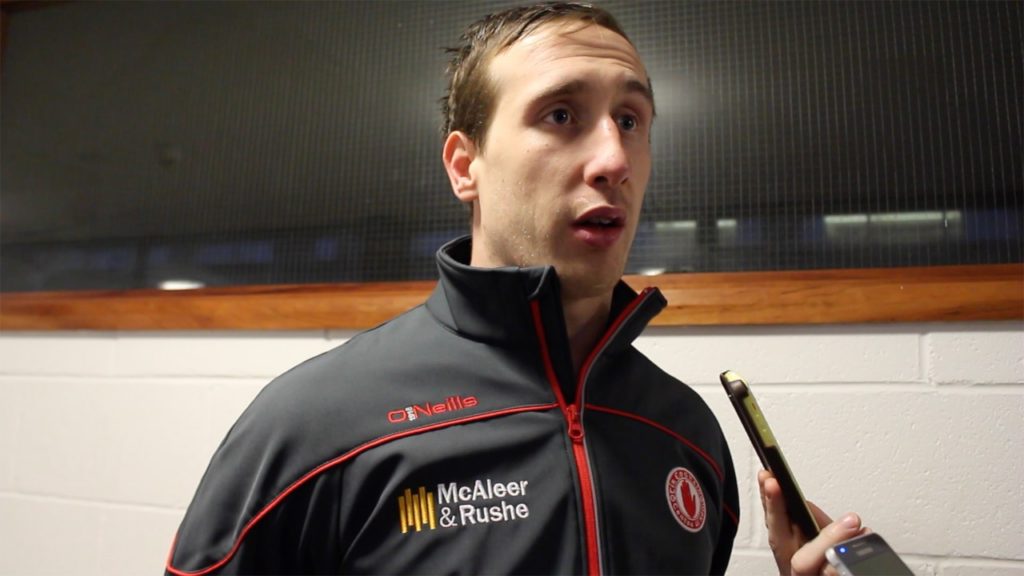 Tyrone will play Division 1 football in 2017 after they defeat Meath in Pairc Tailteann on Sunday afternoon. The Red Hands have returned to the top flight with two games to spare. After the final whistle Teamtalk caught up with Colm Cavanagh to hear his thoughts on the win and the upcoming Armagh game.