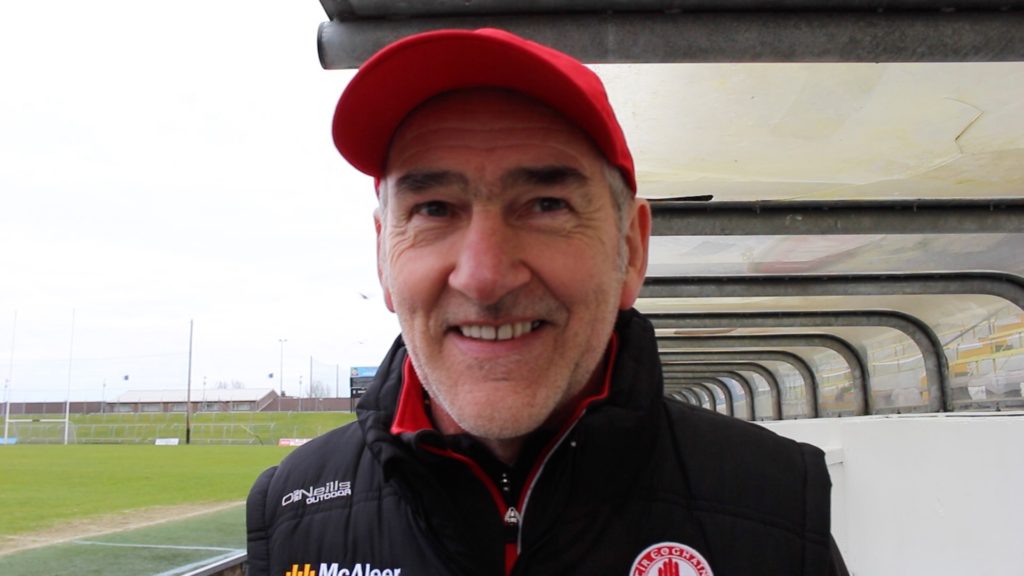 Five wins from five National League games following another two points in Navan against Meath on Sunday afternoon. The result was made all the better after it was confirmed that Tyrone will return to Division 1 football in 2017 after the other results came in. All in all a very good day for the Red Hands manager Mickey Harte.