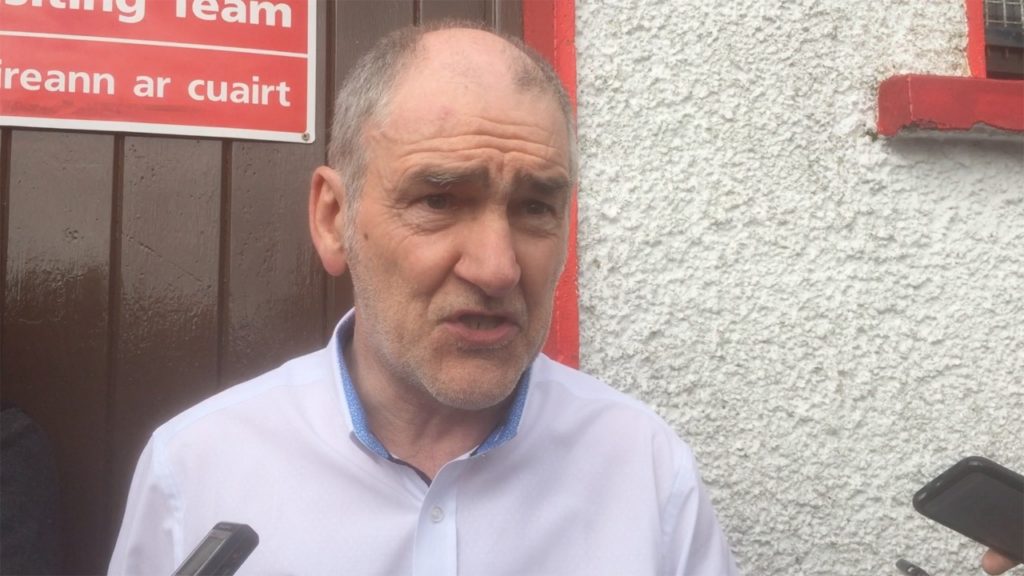 One or two predicted that Tyrone were in for a tough encounter in Celtic Park but it didn’t really pan out like that. The Red Hands were much too strong for Derry going on to win the game with eleven points to spare. After the final whistle we caught up with a very happy Tyrone manager Mickey Harte.