Home | What To Do When Push Comes To Shove!

What To Do When Push Comes To Shove! 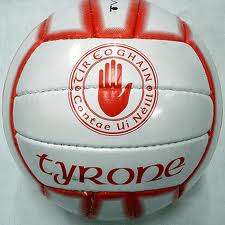 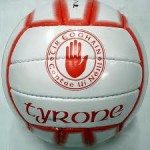 Patience among the general population is a commodity in increasingly short supply. All you have to do is to sit in a traffic jam, a car park queue or be stood somewhere in the checkout at the local supermarket behind someone with a packed trolley and you get some idea of how intolerant of waiting society has become.

Followers of Gaelic games were rarely people who were associated with demanding instant success or insisting on immediate returns on their “investments”. Most supporters of clubs and counties are pragmatic enough to realise that turning teams around or building a winning mentality takes time and requires patience and trust.

I watched last year as Errigal Ciaran were surprisingly defeated by Coalisland in the championship following a fairly disappointing showing by Peter Canavan’s side. However there was no clamour among the Errigal support for the removal of the manager, instead a realisation that the team was just not good enough on the day. Experience has taught these supporters that teams take time to evolve and sometimes there is more to be learned in defeat than in victory.

All that said however, with the present precarious position some clubs find themselves in I wonder just how long it will be before some of the managers in the county get a phone call or a visit from the club secretary to discuss “progress” only to be told things are not working out and perhaps it might be better for a parting of the ways. Where are the patience and the stoicism when they are most needed? What does it say about the club’s appointment process and the people who chose the manager if after four games they reckon he is not what they are looking for?

Perhaps the problem may not be with the manager but with the fact that the team just are not good enough to be playing in the division they are currently in and relegation may not necessarily be the worst thing for them. It is much easier to get rid of the outsider especially if he is making unpopular calls and not playing the chairman’s son. Knee jerk reactions are not necessarily the best way forward and if the manger is forced to step down then perhaps those who appointed him in the first place should also take a look at their position and they too should consider doing the same.