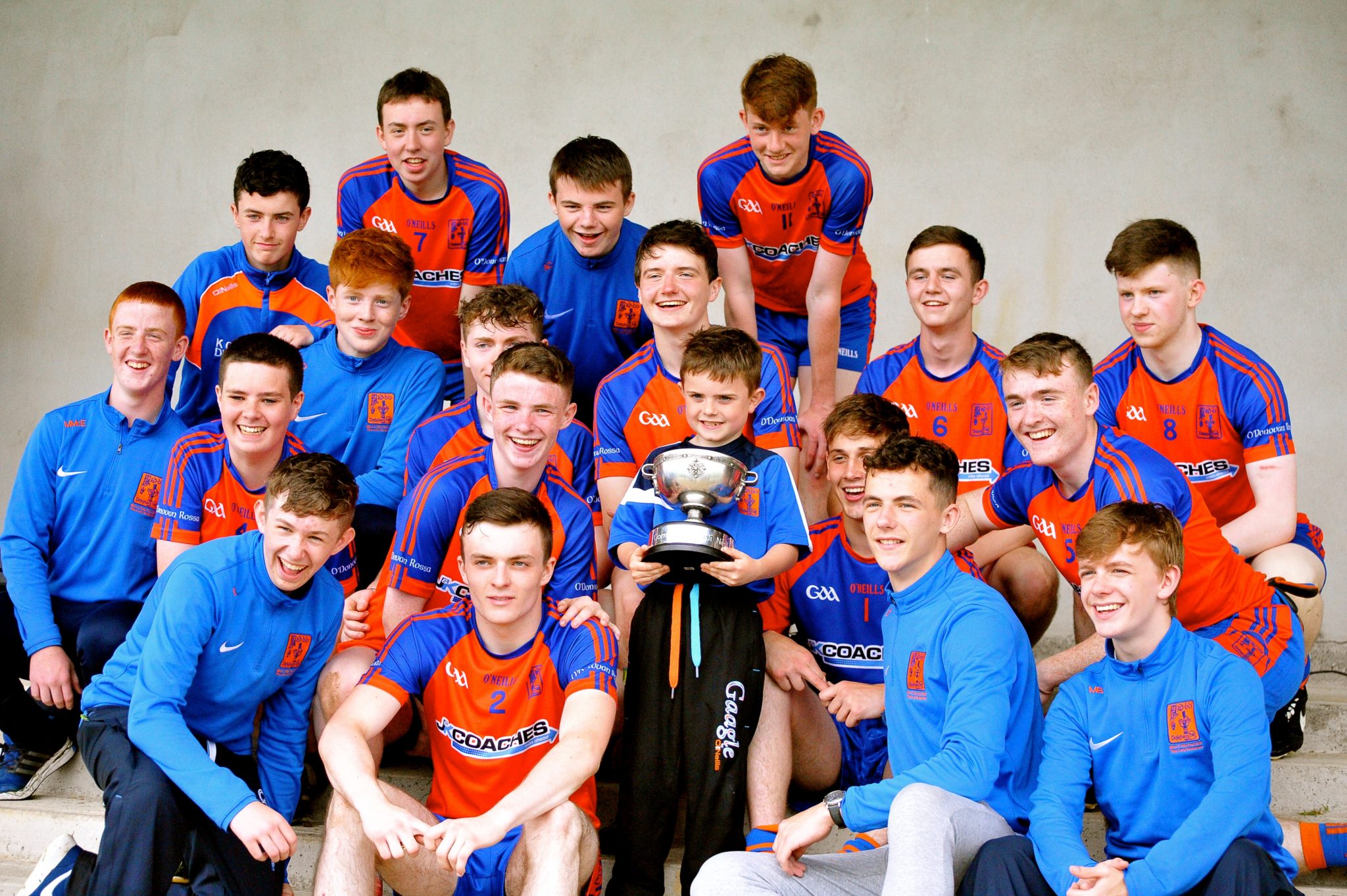 Following a day of competitive football, the home side became the first winners of Corn Frankie Uí Néill while another Tyrone side, Galbally Pearses were crowned shield winners in Sciath Frankie Uí Néill.

There was a tremendous turnout on the day of 16 clubs from Tyrone and Derry, joined by O’Donovan Rossa, Belfast, at Michael Coney Park for a feast of high quality and action-packed sevens football despite some challenging weather conditions.

Féile Frankie celebrates the life and contribution of lifelong Rossa ‘Wee Frankie’, a key player on the minor team which clinched the club’s first county title in 1951, he devoted his life to the development of Gaelic games, Irish culture and community spirit in Ardboe parish.

Following some thrilling competition in the heats eight teams advanced to the quarter finals of the cup competition: Ardboe, Brocagh, Clonoe, Dungiven, Killeeshil, The Loup, Magherafelt and Newbridge.

Ardboe and The Loup played out a very entertaining final in the cup competition with the home side prevailing. Galbally held of the challenge of the Belfast men to deny an O’Donovan Rossa double in the first year of this annual competition.

Michael Hasson, President of Ulster GAA was in attendance to make the presentations to the winning teams alongside Mrs Maureen O’Neill.