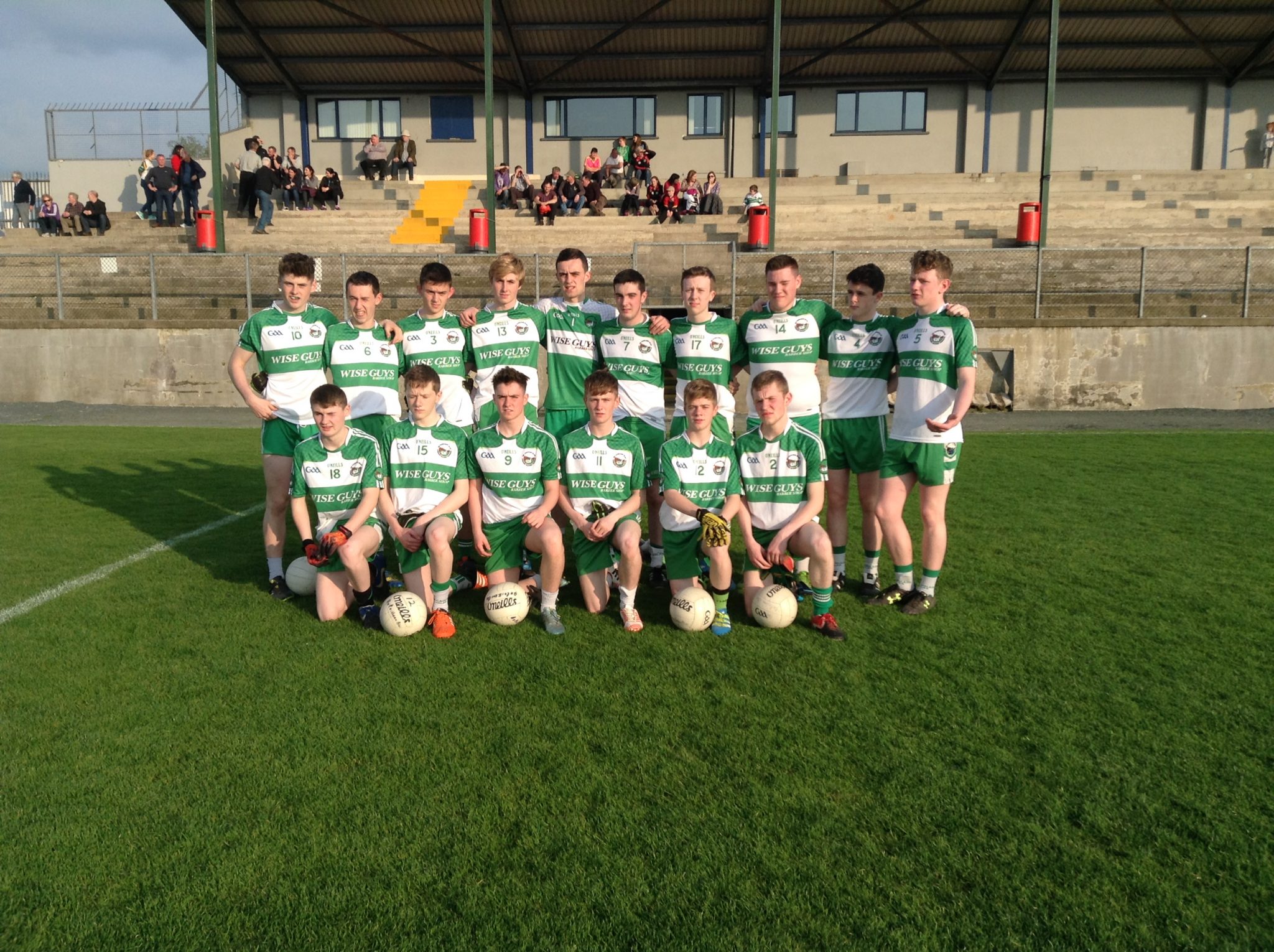 Moortown’s dreams of three in a row of grade one minor championship titles ended at the semi final stage at O’Neill Park when their neighbours Ardboe went through on a 1-10 to 0-8 scoreline.

Callum McGuigan bagged the only goal of the game with Cormac Morgan notching four points for the winners and Shea Quinn getting a couple. James Devlin, Ryan Mallon and Jamie Devlin scored half a dozen points between them for Moortown.

Ardboe will meet Carrickmore in the final after the St.Colmcilles won a real thriller against Galbally at Dunmoyle. The Pearses enjoyed a great start with Cormac Donnelly and Daniel Kerr both scoring goals but points from Ciaran Daly, Paddy McElduff and James McGurk coupled with a Ciaran Cuddy goal left it all square at the break, Tiarnan Loughran grabbing a third major for Galbally.

Mark Donnelly scored a fourth Galbally goal early in the second half but back came Carrickmore with points from Sean Donnelly, Conor Loughran, Darragh Casey and McElduff to take the lead. In the final minute Galbally hit the post with a goal chance and Carrickmore came down the field to fire to the net at the other end via Joe Fox as it finished 2-18 to 4-6.

There were also wins on Tuesday night for Greencastle and Owen Roes over Urney and Both Domhaigh respectively.

The Roes were involved in a real cliffhanger that went to extra time before a late Oisin Dooher goal sealed the win against a very determined Both Domhaigh outfit.

Played in fine weather in Urney Owen Roes found themselves 2-5 to 0-8 behind at the break before Oisin Dooher bagged the first of a brace of goals on the evening.

The game ebbed and flowed throughout before being taken to extra time where once more the pattern continued until Dooher found the net for a second time to break Both Domhaigh hearts. 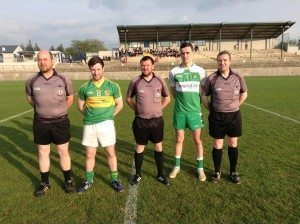 Meanwhile at Killyclogher a very talented Greencastle side made the most of fine conditions and a pacy start to ease through to the final defeating Urney 5-16 to 2-8.

Patrick Mc Elhatton and Ryan Gumley bagged a brace of goals apiece while centre back Cieran Coyle also found time to get forward and find the net.

Urney were very disappointing on the night with only Ryan Wright, Jake Lafferty and Daryll Maxwell offering any resistance against a dominant Greencastle side.

Greencastle will face Moy in the grade three decider after the sky blues overcame Aghyaran on a 3-13 to 0-10 scoreline.  Francie Kelly scored a hat trick of goals for the winners with Michael Conroy, Kelly and Diarmuid McKeown among their points.  Owen Roes will have to wait to see who they play in the grade two decider with the other semi final between Stewartstown and Coalisland due to take place this Sunday evening. 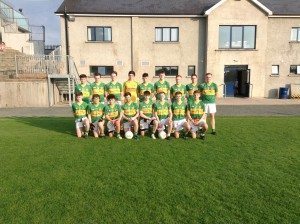