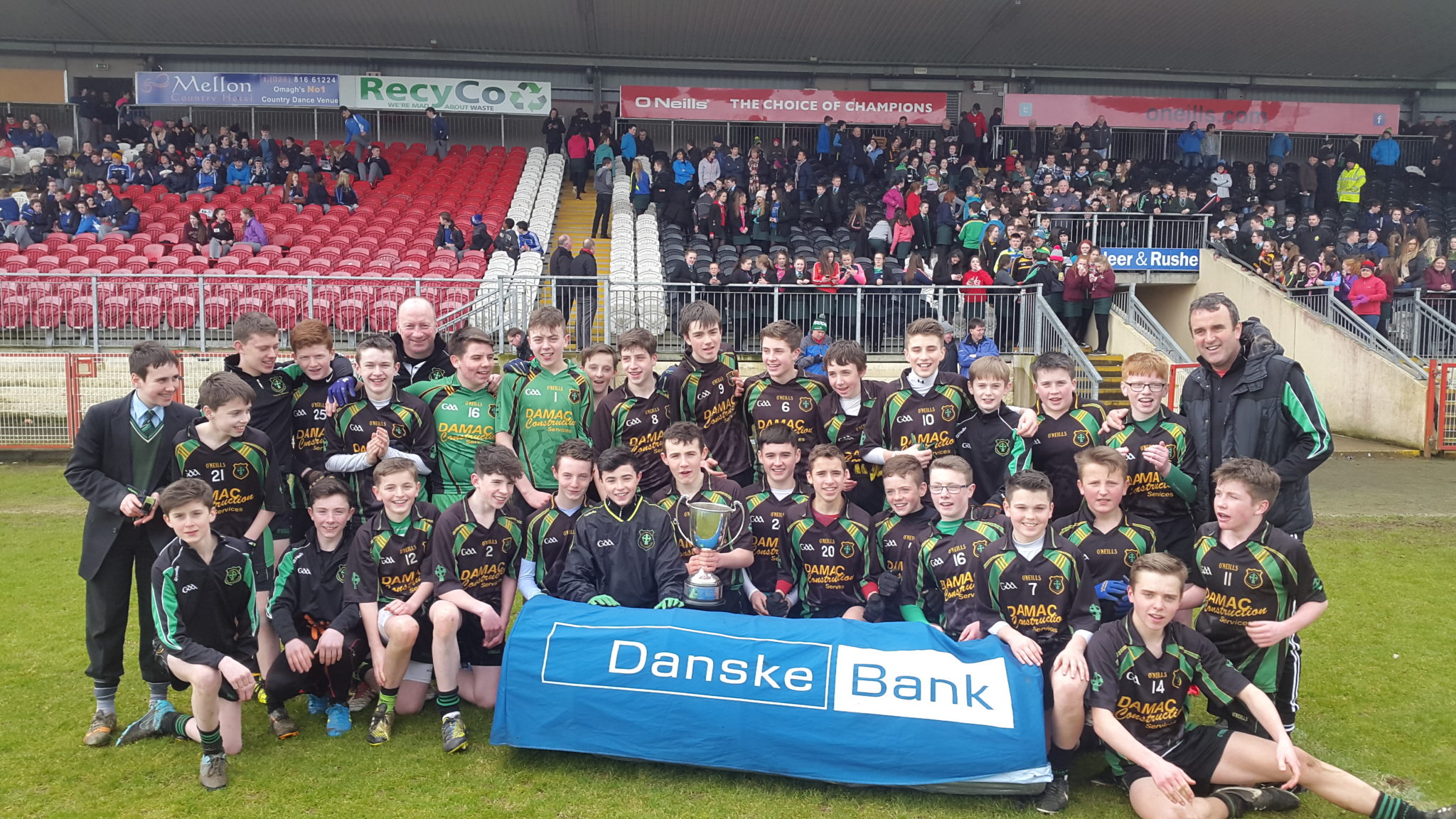 Dean Maguirc Carrickmore are Ulster U14 champions after producing a terrific display at Healy Park on Tuesday afternoon to comfortably get the better of St.Colm’s Draperstown to annex the Danske McDevitt Cup.

It was very much a team display from Enda Kilpatrick and Terry McCann’s charges with every player doing their bit to secure a second title at this level for the school and a first since 2002. They laid their stall out from the start with early points from Stephen Grogan, Barney Corcoran and Patrick Quinn before Pearse Dobbs got their first goal. St.Colm’s hit back with a major from Lee Colville but the rest of the half belonged to the Tyrone champions.

Diarmuid Gallagher scored a goal and there were points from Sean Connelly, Thomas Owens and Tiarnan McGarrity as the Dean greeted the short whistle well in control leading 2-8 to 1-2.

In the second half Grogan, Gallagher and Oisin McCann all hit points while a sweeping move finished with Patrick Quinn blasting in a third goal as the celebrations began. To their credit St.Colm’s battled until the final whistle but it was the Dean’s day as they won on a 3-11 to 1-4 scoreline.