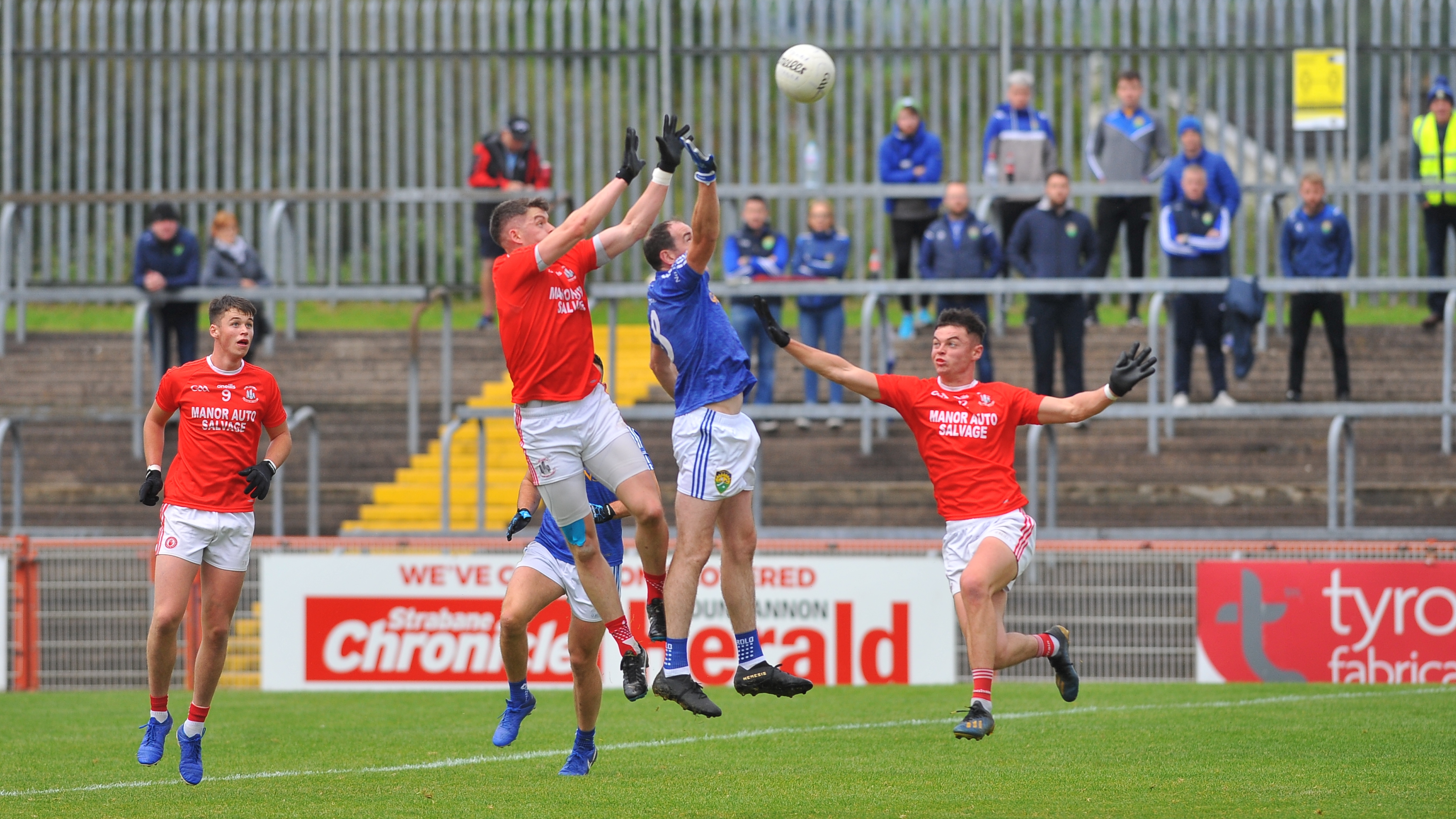 Defending champions Trillick are back in the LCC Tyrone Senior championship final after overcoming Coalisland at the last four stage for the second year running.

It was once again another keenly contested clash between these two fancied sides with Trillick’s second goal moments after halftime giving them a cushion that they held for the remainder of the contest. It was Trillick who edged the first half 1-6 to 1-5 against a Fianna side who hit four wides to their opponents one. Midfielder Richard Donnelly opened the scoring after thirty seconds but in the 2nd minute Coalisland grabbed well worked goal. Plunkett Kane exchanged passes with Cormac O’Hagan before blasting the ball to the roof of the net.

Trillick though responded with a goal of their own in the 11th minute when a sweeping move was finished to the net by midfielder Ryan Gray despite the best efforts of Coalisland keeper Peter Donnelly. Bailey Leonard got the Fianna’s first point before Tiarnan Quinn levelled matters. James Garrity and Leonard then swapped points before Quinn edged the Fianna in front from a free after he had been fouled himself. Garrity sent over the equaliser before Trillick wing back Michael Gallagher edged his side in front with a fine effort from out on the right wing. Lee Brennan knocked over a 45 before Cormac O’Hagan converted a long range free as Trillick held a narrow 1-6 to 1-5 advantage at the break.

Frees from Quinn and O’Hagan closed the gap for Coalisland before good work from Kane saw him find Quinn who split the posts from play to leave it 2-9 to 1-9 with a dozen minutes left on the clock. A Brennan free edged the St.Macartans four clear again but Coalisland weren’t going away with Sean Corr converting a free with his first touch since coming on before Quinn landed a brilliant effort from out on the right wing. Coalisland appeared to have the momentum at this stage and when O’Hagan knocked over a 45m free the deficit had been reduced to the minimum going into injury time.  Trillick though didn’t panic with Donnelly hitting a brilliant point from distance before two late Brennan frees from close range sealed victory for Trillick.