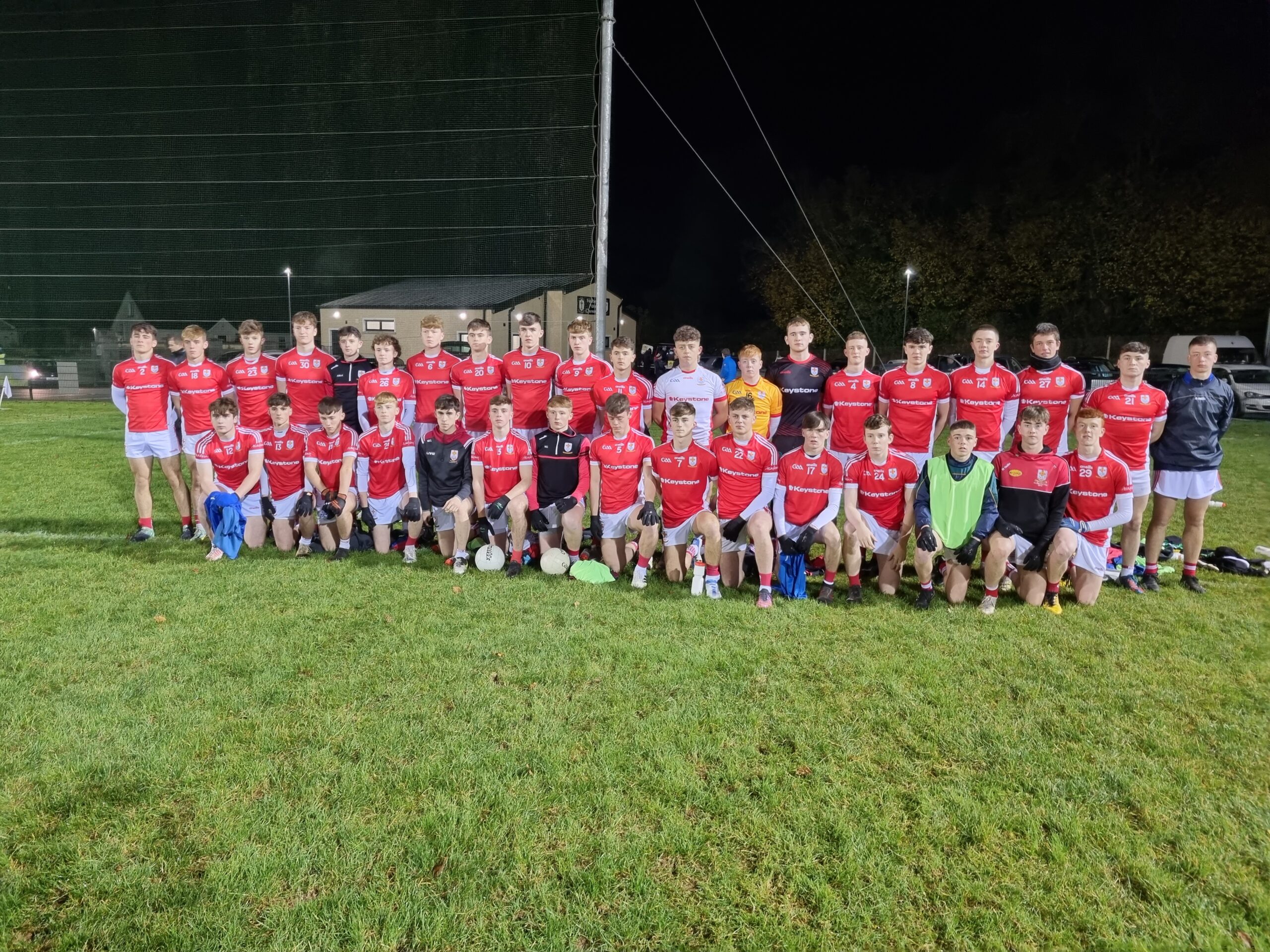 This Tyrone derby in the opening round of this season’s MacRory Cup brought a big crowd to Pairc Chormaic in Eglish on Wednesday night and it didn’t disappoint as both sides served up an entertaining encounter.

The winners got off to the best possible start when Theo Lowe had the ball in the net with only two minutes gone on the clock. Ryan Quinn opened Cookstown’s account and Shea McCann reduced the deficit further before the Academy assumed control.

Sean Hughes converted a tricky free and Lowe, Ben Cullen, Ronan Cassidy and Fiacra Nelis all added points as the moved into a commanding 1-7 to 0-2 lead. A minute before the break Michael McElhatton chased a lost cause to keep the ball in play before winning a penalty which he converted himself and when Ryan Quinn added a point from a free the gap was down to four at the short whistle.

The second half was less than a minute old when Holy Trinity were awarded their second penalty of the night this time for a foot block and McElhatton again expertly tucked it away to reduce the deficit to the minimum. Holy Trinity though were never able to get on level terms as the Academy played some composed football to keep their noses in front.

Cassidy and Cormac Devlin traded points before Lowe and substitute Eoin McGeary both split the posts to leave three between the sides with a dozen minutes left on the clock. Quinn landed a beauty with the outside of the boot but with time running out Academy midfielder Sheehan Fay blasted in a crucial goal. Holy Trinity closed the game out with frees from Jack Martin and Quinn but it was the Academy who took the spoils.