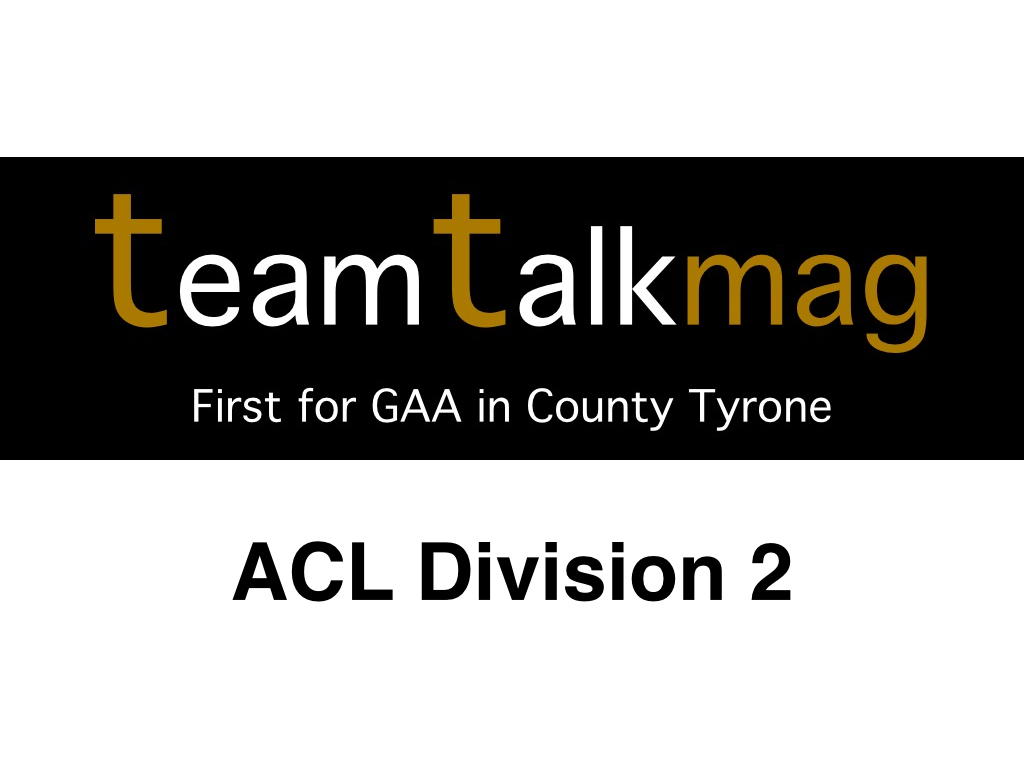 John Loughran scored 1-2 and Ollie McCreesh four points as Pomeroy got off to a winning start at Plunkett Park against Brackaville. Sean Corr got 1-2 for the Roes with Martin Gervin contributing three points.

Dungannon got the benefit of an early Patrick Quinn goal at O’Neill Park but they still lost out to Stewartstown in a close encounter. Dan Lowe bagged two goals for the Harps either side of one from Anton Coyle while Padraig McNulty got Dungannon’s second major.

A late Nathan Kelly goal helped win the day for Loughmacrory at home to Donaghmore. Cathal Donaghy had scored an early goal for the St.Theresas but that had been cancelled out by points from Deasun Quinn and Peter McKenna.

Eoghan McGarvey got the only goal of the game as Gortin edged out Aghyaran at home. McGarvey, Ruairi Keenan and Niall McGinn had points for the winners with Aidan Connolly and Ronan McHugh the main scorers for the St.Davogs.

Fergal McNulty hit half a dozen points with Jamie McAleer and Chris Bogle also on target as Urney beat Derrylaughan. Seamus McCann and Shea Coney got the goals for the Kevin Barrys with Darragh Carney and Coney getting a few points each.

Ruairi McGlone was the Aghaloo hero as they won away to Eskra. McGlone hit 1-4 including a late goal with Gary O’Gorman also on target. Joe McCarroll and Johnny Hackett had points for the Emmetts with Conor O’Hagan grabbing their goal.

Niall Gavin weighed in with four points but Derrytresk still fell 0-11 to 0-8 at home to Moortown. Brian McLernon and Ryan Kelly scored 0-5 between them for the Loughshore men.

Moy made the trip to Cookstown on Sunday afternoon and came away with a four point win.  Early points from Sean and Colm Cavanagh were backed up by a Conall Duffy goal in the 14th minute after a poor kickout from the Cookstown keeper.  My led 1-6 to 0-7 at the break with first half Fr Rock’s points coming from Barry Potter and Owen Mulligan.  After the break Cookstown reduced the score to a single point but further scores from the Cavanagh brothers eased them to a four point win. Final Score – Cookstown 0-10 Moy 1-11