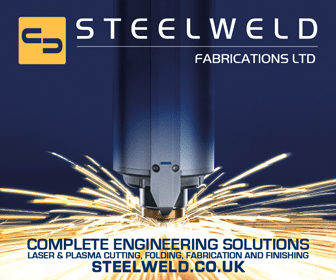 Greencastle’s game with Aghaloo was played last week and it resulted in a comfortable win for the St.Patricks with Paddy McElhatton and Cahir McCullagh getting their goals and Sean Fox, Ryan Gumley and McElhatton among their points.

Aghyaran moved back to joint top of the table thanks to a resounding win at home to Stewartstown. Eoghan McHugh again top scored for the St.Davogs with a brace of goals among his haul with Shea Gallagher and Paddy McNulty also raising green flags. Shea O’Neill got the Harps goal with Macaulay Quinn and Conor Quinn among their points.

Tattyreagh had a narrow victory at home to Augher. Robbie Porter and Johnny Harkin got the all important goals for the hosts with Peadar Mullan and Jarlath McDonagh kicking points. Declan Connolly, Darragh Kavanagh and Martin McElhatton had points for Augher.

Clogher’s good run of form continued when they won away to Kildress with the help of goals from Ciaran Bogue, Fergal McKenna and Marc McConnell. Pauric Lagan got the Kildress major with Mattie McGuigan and Stephen Loughran among their points.

Naomh Eoghan made home advantage count against Moortown. Ryan Mayse got the winners goal along with a number of points with Aidan McSorley and Kevin Gallagher also on target for them. Karl Hagan got the Moortown goal with Con Heron top scoring for them on the night.

Gortin edged the verdict on their trip to Owen Roes. Eoghan McGarvey, Sean Og McAleer and Brian McGarvey had points for the winners with Ricki Devine getting the only goal of the game and Damian McCrossan also on target for the hosts.

Beragh scored three goals on their trip to Rock but still returned home empty handed. Liam Nugent weighed in with half of the hosts’ tally with Aidan McGarrity, Diarmuid Carroll and Shea Daly their other marksmen. Conor McNamee, Oran Treacy and Mattie McSorley got the goals for the Red Knights.

A late free from Pascal Donaghy earned Killeeshil a share off the spoils at Strabane. Donaghy top scored for the visitors with Tomas Hoy grabbing their goal. Haydn McNamee got the Sigersons goal with Warner Mullen and Oran McGrath among their points.