Aghyaran will be playing Intermediate football next season after Kildress edged another close encounter in their sudden death play off replay at Gortin on Sunday afternoon. As was the case a week ago this tie also went to extra time with the Wolfe Tones managing to come out on top 0-11 to 0-10 after another real battle. Kildress led 0-5 to 0-3 at half time with Des Tracey and Damian Kelly among their points, Aidan Connolly and Johnny McMenamin on target for the St.Davogs. Frank McGurk and Connolly exchanged points in the third quarter before Aghyaran were reduced to fourteen men when full back Ronan McNamee was sent off by referee Jerome McElroy. Aghyaran though lifted their game with Martin Penrose, Shane Sweeney and Connolly all supplying points as they took the lead deep into injury time before McGurk levelled matters to send it to extra time. Only three points were scored in extra time with none at all in the second period. Kelly and Tracey got the Kildress points with Michael Anderson responding for Aghyaran as Kildress held on to now meet Moortown in the final play off game. 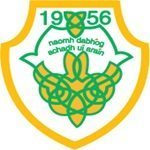