Home | All Ireland Handball Glory For Duff And Treacy 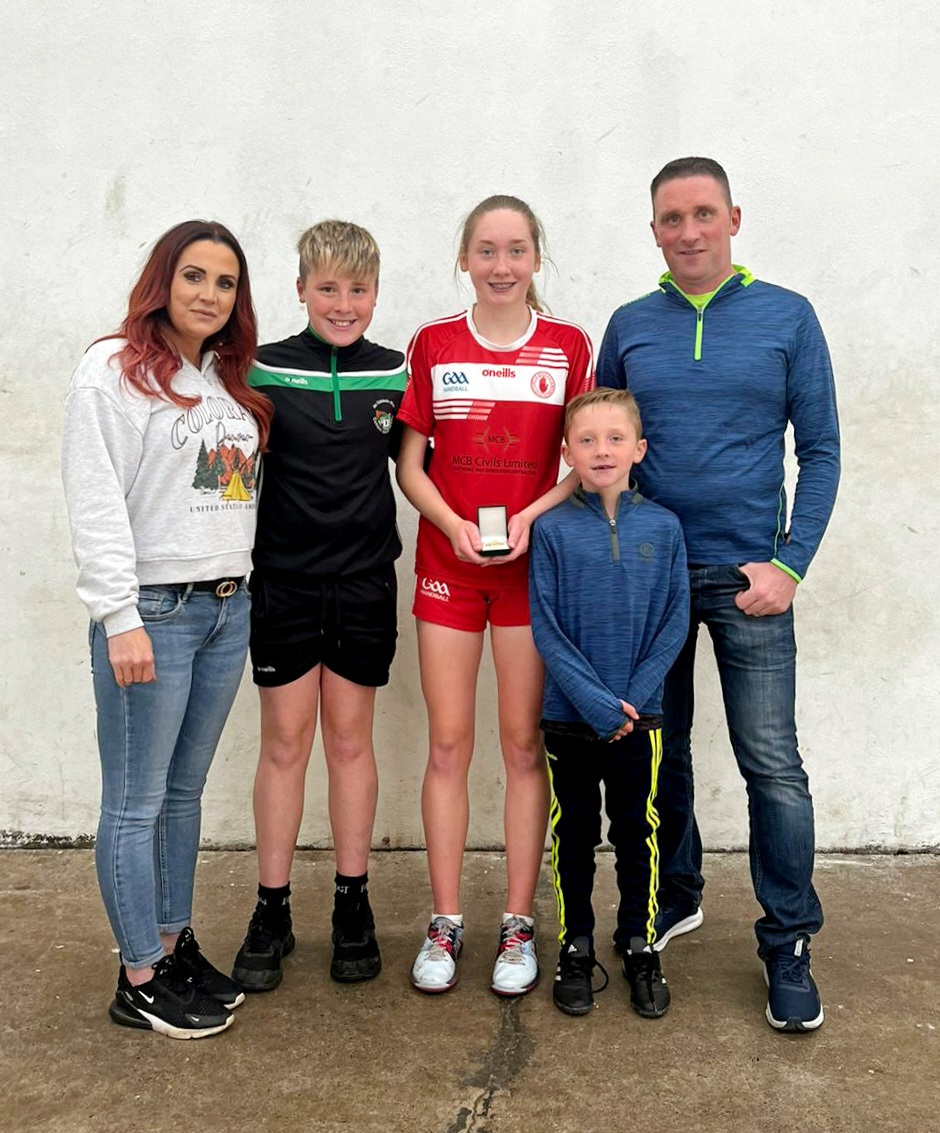 All Ireland glory for Duff and Treacy

Caislin Treacy and Laura Duff stole the show last weekend as Tyrone impressively captured two of the four girls singles titles in the 2022 All Ireland 60×30 juvenile championship finals.
Loughmacrory staged all four girls softball singles finals and Tyrone was represented in all four for the first time ever as the county made a bold bid to complete an historic clean sweep. 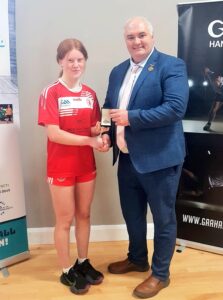 Unfortunately Lucy McCullagh and Dearbhail Fox suffered agonising defeats to Cork and Roscommon after coming so close to capturing the gold medals. 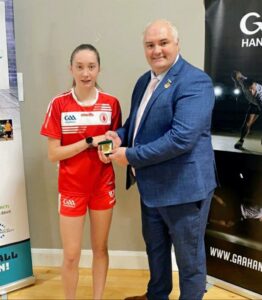 Caislin Treacy got the county’s historic title bid off to a blistering start in her rescheduled U15 singles final on Saturday as she swept aside the challenge of Tipperary’s Lucy Gould on a scoreline of 15-7, 15-5.
This was a thoroughly deserved breakthrough success for Caislin and for her club Greencastle and she did it in great style with a commanding display.
Caislin has been producing high quality performances on the national stage all year and is a very worthy All Ireland champion. 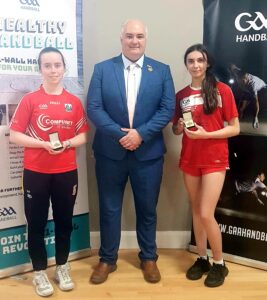 Laura Duff added to the success story of the Tyrone girls on Sunday as she served up an exhibition of attacking handball to see off the challenge of Cork star Carmel Kelleher in the elite U16 singles  decider on Sunday.
Laura was marginally fancied to pick up her sixth major national title this year but she delivered in emphatic fashion with a resounding 21-8, 21-13 victory, recording a first ever U16 girls softball singles title for the county. 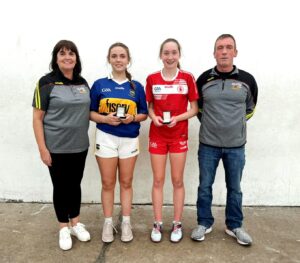 Lucy McCullagh was aiming to become Loughmacrory and Tyrone’s third ever U14 All Ireland champion in 60×30 and she produced a mighty effort against Cork’s Amy Brosnan.
Unfortunately it was the Ballydesmond player, representing the same club as the legendary Catriona Casey, who sealed a hard earned 15-9 tiebreaker success.
It was tough on Lucy but she gave it her all and almost pulled off a huge result against the pre match favourite. 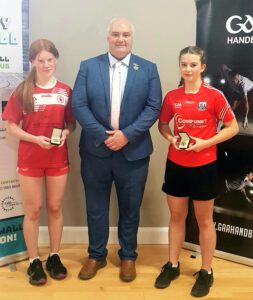 Dearbhail Fox was Tyrone’s last All Ireland finalist in action on Sunday and things seemed to be going great for the talented Loughmacrory player when she raced into an early lead.
But it was Roscommon’s Alannah Coggeran who got a top class serve going and it was enough to shade a really tight battle 21-12, 21-16.
Again it was tough on Dearbhail to miss out on the gold medal in her last ever juvenile championship assignment. 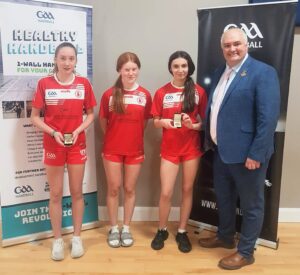 The four Tyrone girls did their county proud in this year’s 60×30 championships and to finish up with two singles titles and two silver medals is a great success story as the traditional code is usually dominated by Munster and Leinster. 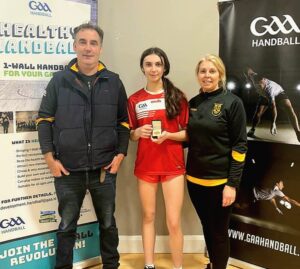