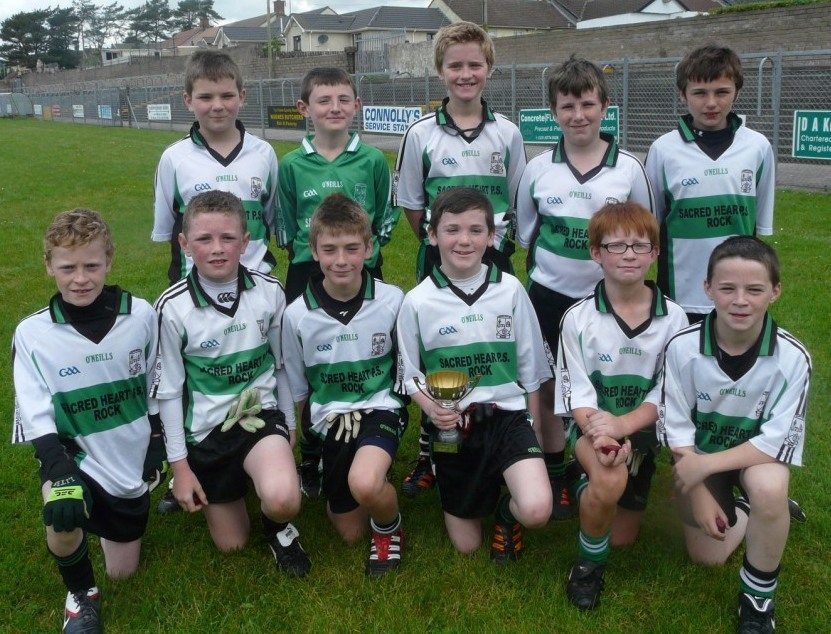 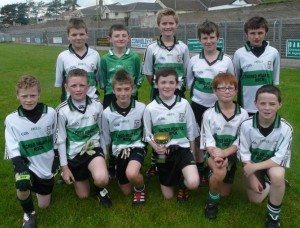 Wednesday 20th June saw the Finals of the Tyrone Cumann na mBunscol Primary School leagues held at Pomeroy.
In the IGGY JONES CUP for small schools, Knocknagor Primary School emerged as county champions for the second year in succession when they saw off a gallant St Patrick’s PS Aughadarragh in the Final. They had earlier defeated the challenges of St Brigid’s PS Cranagh PS and Roscavey PS respectively.
St Peter’s PS Plumbridge are the new holders of the THADDY TURBITT CUP after overcoming the challenges of St John’s PS, Kingsisland and St Patrick’s PS, Eskra in an exciting round robin competition.

The CUMANN NA MBUNSCOL Cup will rest at Sacred Heart PS, Rock for the year after they defeated St Teresa’s PS, Loughmacrory in one of the most exciting finals ever witnessed at Finals Day. Led by their inspirational captain Conor McGarrity, they secured the title after a last minute goal by Shane Murphy when it appeared that the Loughmacrory lads were heading for victory. St Scires PS, Trillick and St Peter’s PS, Moortown provided the opposition for both teams in the semi finals.

St Mary’s PS Cabragh lifted the ALLIANZ CUP after defeating St Columbkilles PS, Carrickmore in a final which had to go to two periods of extra time before the winner emerged. Skill and commitment was to the fore from both sides and a goal from Brendan McGlone and a point from Jason Doyle put the result beyond doubt in the dying seconds of the second period of extra time.

In the LADIES’ SHIELD competition St Columbkille’s PS, Carrickmore claimed victory after defeating last year’s winners St Patrick’s PS, Castlederg in an exciting final They had earlier defeated the girls from St Peter’s PS, Plumbridge in the semi final while the Castlederg ladies had seen off the challenge of St Joseph’s PS, Killeenan at the same stage.

Tyrone Cumann na mBunscol would like to thank the Pomeroy GAA club & Sean Devlin, principal of St Mary’s PS, Pomeroy and his staff for their help in ensuring that the event went smoothly. Many thanks to you! It was very much appreciated! 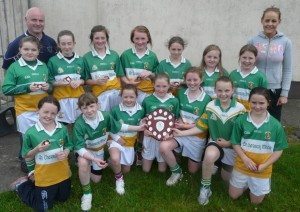