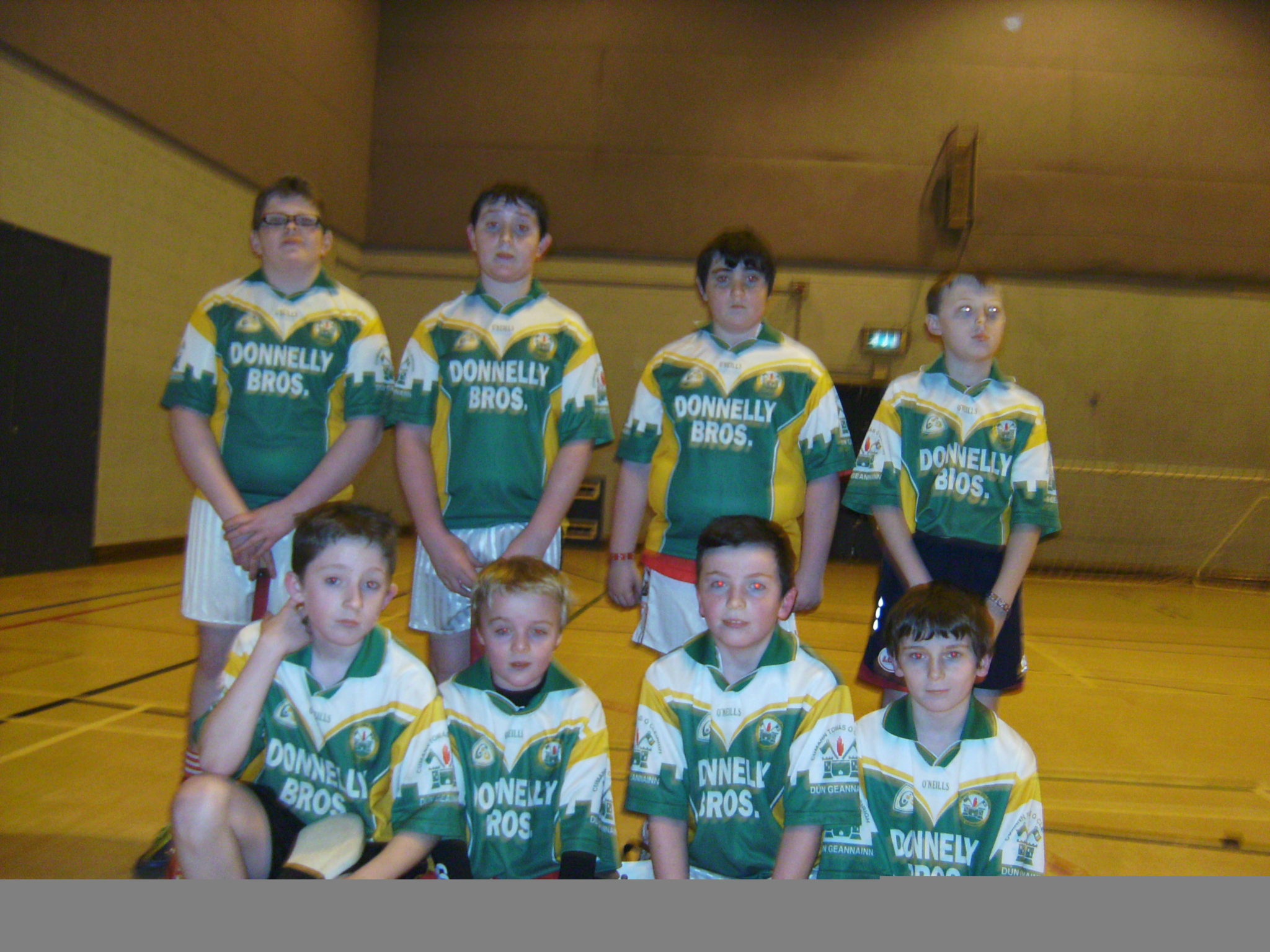 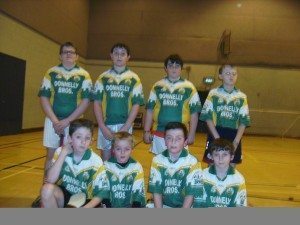 In the indoor hurling competition Our Lady of Lourdes Greencastle playing in their first hurling competition battled to draw against a talented St Patrick’s Dungannon side and a cracking 2 v 2 draw with a strong Kingisland team. Recarson also first time entrants upset the form book completely forcing the Kingisland men to hang on for a draw and then securing a 1 V 0 victory over Greencastle. In the final match it was winner takes all with Recarson facing St Patrick’s Dungannon, Recarson raced into a 1 V 0 lead through an early strike only to be pegged back with a fortunate Dungannon goal. With the match heading for extra time St Patrick’s secured a late winner to qualify for the Allianz Ulster Cumann na mBunscol finals with Recarson PS finishing as runners up.

In the indoor Camogie competition it was success for the West with St Columbcille’s Carrickmore lifting the Allianz Indoor Camogie title with last years winners Kingsisland finishing runners up. In a very even contest Roan PS Eglish and Our Lady of Lourdes Greencastle battled to secure points with Greencastle defeating a much fancied Eglish team 2 V 0. Carrickmore defeated Kingisland 4 V 3 in a pulsating contest and then defeated Greencastle 2 V 0 however they were pushed all the way by an Eglish team who had secured a draw against Kingisland.

Anne Daly Tyrone GAA Coaching and Development officer Tir Eoghain commented on the exceptional standard of camogie and hurling and thanked all the schools in their promotion of the games. Our thanks to Declan Sherlock GAA hurling/camogie coach for his help at these championships and for his coaching work in all these schools.