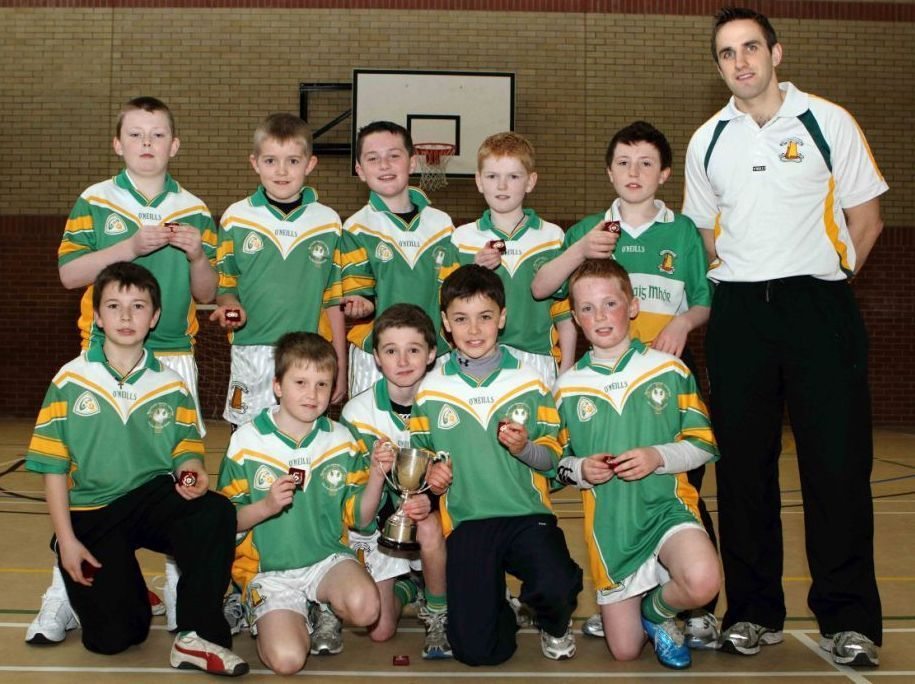 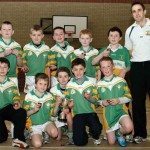 The Station Centre in Omagh was the venue for the Finals of the Allianz 5-A-Side Indoor Competition for Primary Schools on Tuesday. The 5 schools who emerged from the various heats across Tyrone earlier this month, met to decide who would be crowned champions of their county for 2011. The event, refereed by Newtownstewart’s Stevie McNamee , saw St Columbkilles PS, Carrickmore reach the final for the second successive year, where they saw off the challenge of St Mary’s PS, Cabragh to retain the trophy they won last year. The boys, managed by Tyrone star Mark Donnelly, will now represent their county at the Ulster Finals in Belfast on April 7th.

Included in the photograph is the winning Carrickmore team with their teacher Mark Donnelly.