Just when we began to think that things were getting back to normal news emerges that The BT Faul Cup final which was to be played on Tuesday in Lurgan has been postponed. The pitch was deemed unplayable and with snow and heavy frost forecast for later today the organisers had little option but to call the game off. At this stage there has been no definite arrangements put in place for the re-fixture but for the management and players of St. Joseph’s College Donaghmore it will mean some readjustment to their plans and preparations as they ready themselves to compete in their first ever Faul Cup final. 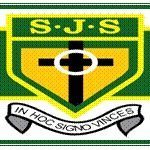