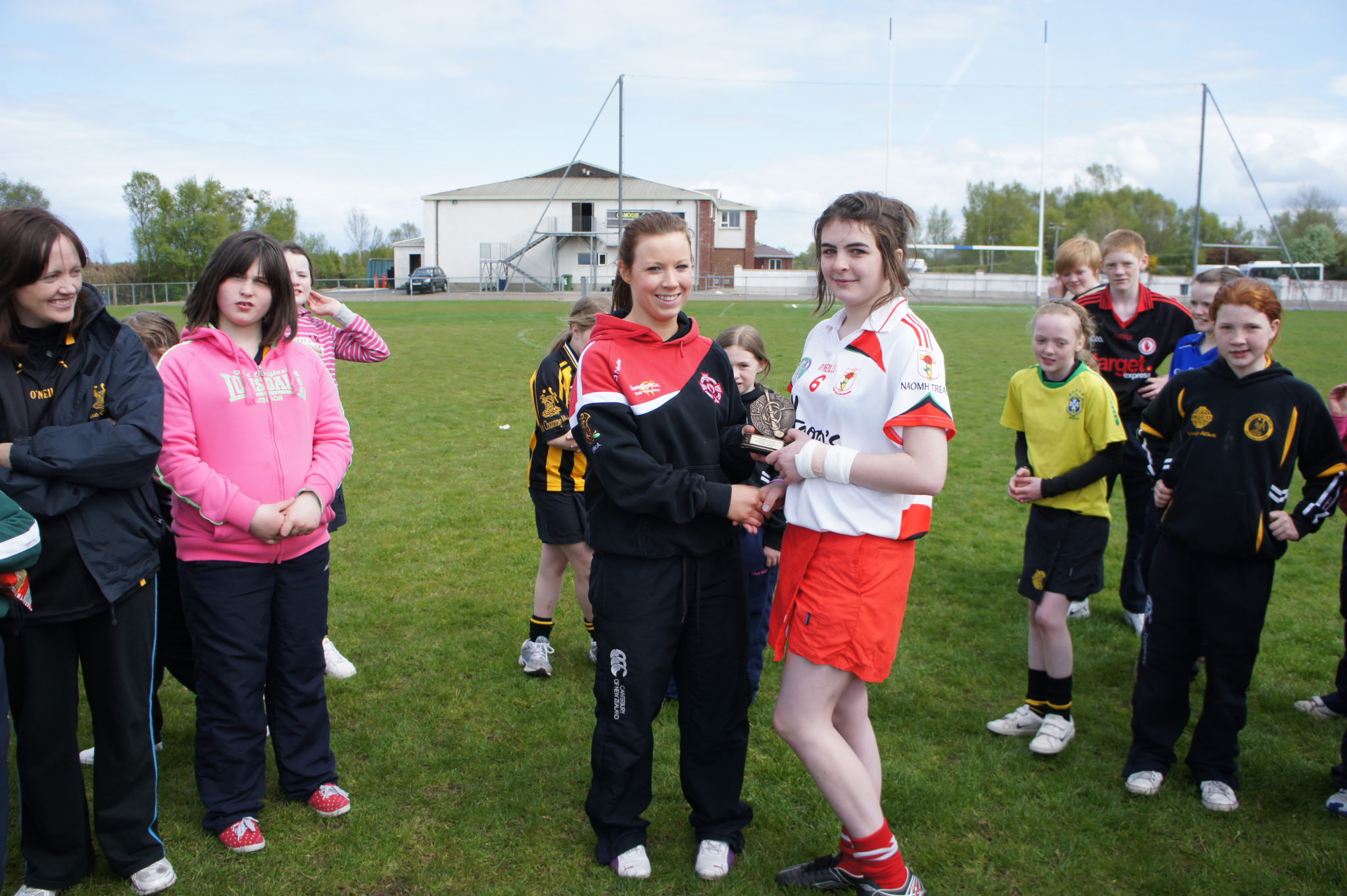 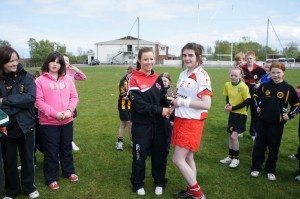 There was no Camogie action this week for the seniors or minors but it was the time of the Junior players to take centre stage. The Tyrone Féile was held at Derrytresk on Sunday on what turned out to be a glorious sunny day. The stage was set for a series of matches and a skills contest that has long been part of the Féile agenda. The camogie for the under 14 age group was of the highest order. The supporters turned out in full and at times the skill level far exceeded everyone’s expectations on the day. The young players raised their game and it ended with Eglish and Dungannon making the final.

Both teams were so closely matched that there had to be extra time at theconclusion of a pulsating thirty minutes of end to end play. Even after extra the teams could not be separated and when the whistle blew to signal the game was over it was once again all square. This now means that there will be a replay on Thursday evening and everyone is anticipating another close and exciting game. Watch this space.

In the skills contest it was very close encounter and Féile organiser Emma McAliskey had the tough task of separating four excellent young players from Eglish , Edendork, Dungannon and Eire Og. It was Shauna Grogan from Eire Og that edged it and she was a very proud player young lady when she received her reward of a crested club Tyrone bag. The player of the final went to Ellie Donnelly and she was presented with a beautiful trophy that made the young camog very proud indeed. Everyone at Tyrone Camogie would like to thank all at Derrytresk for their hospitality on the day and a special thanks to Emma McAliskey, Catherine Hanna and Siobhan McGrath for the officiating and organising of the event. The refreshments made by the McAliskey household went down a treat. 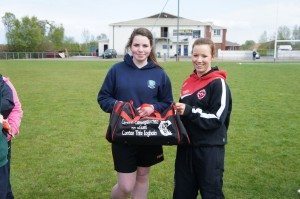 The Tyrone senior team will play another friendly on Sunday and will have home advantage against Keady. They hope to reverse last week’s narrow defeat against the Armagh team. There was some positive news that Frankie Bigley has moved from the injury table from a very long lay-off and is working hard towards full fitness for both her club and county. It is hoped she may make an appearance for the senior squad later in the year and her presence on the panel will have a positive impact.