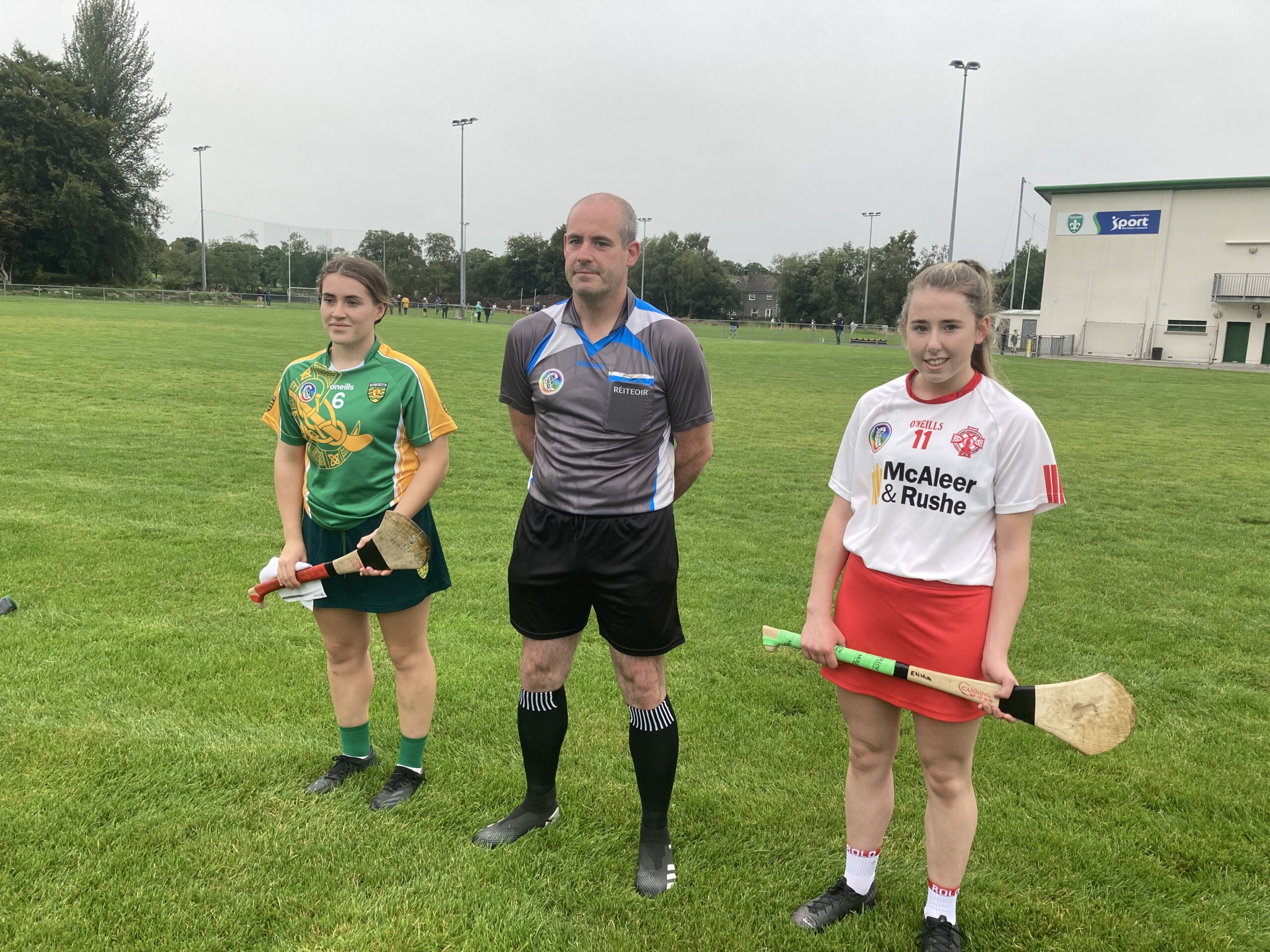 Tyrone’s Minor Camogie side put in a fine display on Wednesday evening at Clanabogan seeing off the threat of Donegal in their Grade C Championship tie. An impressive first half in which Aine Mc Rory in goals, defenders Bronagh Barker, Beth Jones, Blathnait Kerr, Sinead Mc Elhome, Aine Ferran and Grace Daly were superb at the back laid the foundations for a high scoring win over their neighbours.

Early scores from Elisha Gervin, Emma Holmes, Ferran, Kaitlin Gallagher and Bronagh Moohan paved the way for a confidence boosting win for the Red Hand girls. Holmes scored her team’s first goal of the evening just before the water break and from then until half time it was all Tyrone. Bebecca Santos set up Kaitlin Gallagher for her side’s second major and two more quickly followed as Santos and Grace Daly both found the net.

The second half saw player of the match Bronagh Moohan displaying her full repertoire of skills as she tormented the Donegal defence. Tyrone hurled superbly in the second half with further scores from Moohan, Kerr, Gervin, Gallagher and Santos before Grainne Devlin rounded off with a fine goal just before the final whistle.

Donegal will be disappointed with the display and the outcome but they battled right to the end in spite of being outfought all over the pitch.

The game was superbly hosted by Drumragh