Home | Camogie Round Up 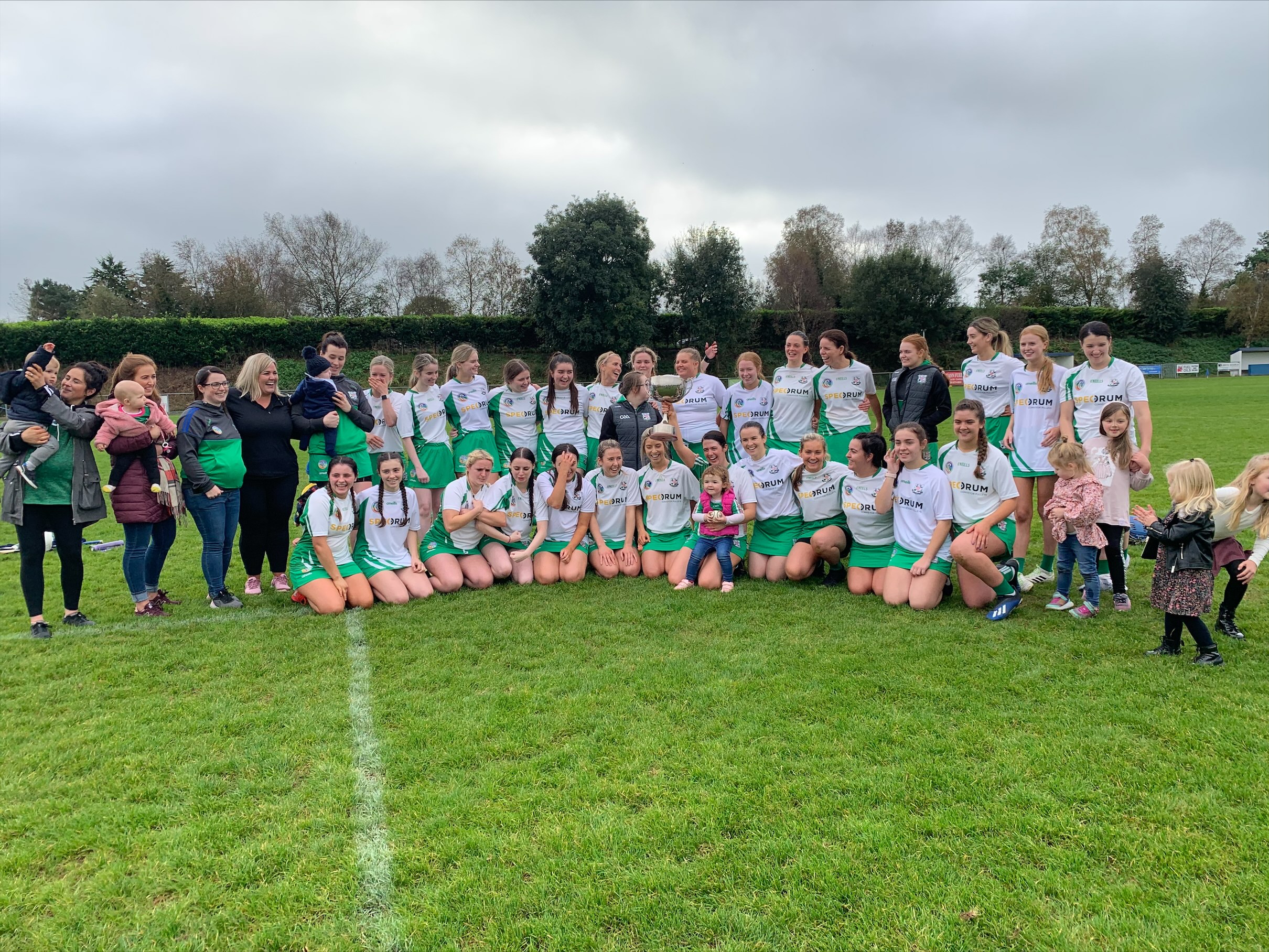 The Intermediate final was held at Derrytresk, the second loughshore venue of the day. This saw a meeting of favourites Derrylaughan and last year’s Junior winners Éire Óg.

Player of the final Emma McAliskey was quick off the mark pointing both from play and from frees. The experience of the Derrylaughan spine was immediately evident and was topped off nicely by full forward, minor Elisha Gervin who became a major threat any tme she was on the ball.

Carrickmore got their first score of the day through a free from Leanne McKernan. Gervin mde no mistake striking for a goal when on the run and Niamh Coney, Sian Fitzgerald and Emma McAliskey all adding to the pressure that was on the Éire Óg keeper.

Denise McCann narrowed the gap with a first score from play but Derrylaughan were relentless with skilful play all over the field. Solid defence from goalie Orla Donnelly and players such as Lisa McAliskey meant that Éire Óg were kept at bay as they continued to press right up until the final whistle.

The opposition will have another chance of silverware next month as last year’s Ulster competition has yet to be played. It was however fitting that joint Derrylaughan captain Anna McCann received the Pitrina Robinson Cup from the Robinson family in honour of a former clubmate.

A great day’s camogie rounded off nicely in front of the second large attendance of the day.

This year’s Junior Championship was a round robin involving Brocagh, Greenastle’s Fr Shields and Edendork. With games apiece for two teams, a win for injury-hit Edendork would have seen a further round being needed to settle the tie.

Edendork fired back with a goal from Sinead McGeary and veteran Veronica Cullen’s point brought her young team level. Lauren Fitzgerald gave one of many good passes which was converted by a tardemark 180 degree turn from O’Neill. Moohan once again drew the sides level in a fast paced game.

After the water break Brocagh came out full of confidence and O’Neill netted again. Moohan made the most of Edendork frees but McCann and Edendork’s Aoife Molloy traded goals bringing them level yet again.

Aoife McDonald and Faustina Quinn added to the home team’s tally giving them the upper hand at the break. The next period saw Brocagh in the driving seat with good play by Teagan Dorman and Mairead and Siobhan Donnelly. Edendork were still eager and showed great team work especially in defence.  There was some impressive passing in midfield as well as blocking. Some controversy arose when Brocagh’s had a goal disallowed due to contact with the hand.

Both teams were really going for it  and the pace increased yet again with both goalkeepers being called into action. Edendork came back with goals from Suin Devlin and a looping free from McGeary but Edendork had run out of time.

The skill level for a Junior final was impressive and provides great hope for the future of Tyrone Camogie.

Player of the match award was given to Faustina Quinn and was presented by Leona Gallagher. The Siobhán ‘Tipp’ O’Neill Memorial Cup was presented by her family and a heartfelt speech from joint captains Roisin O’Neill and Úna McCann showed just how much this win meant to the team, mentors and community.