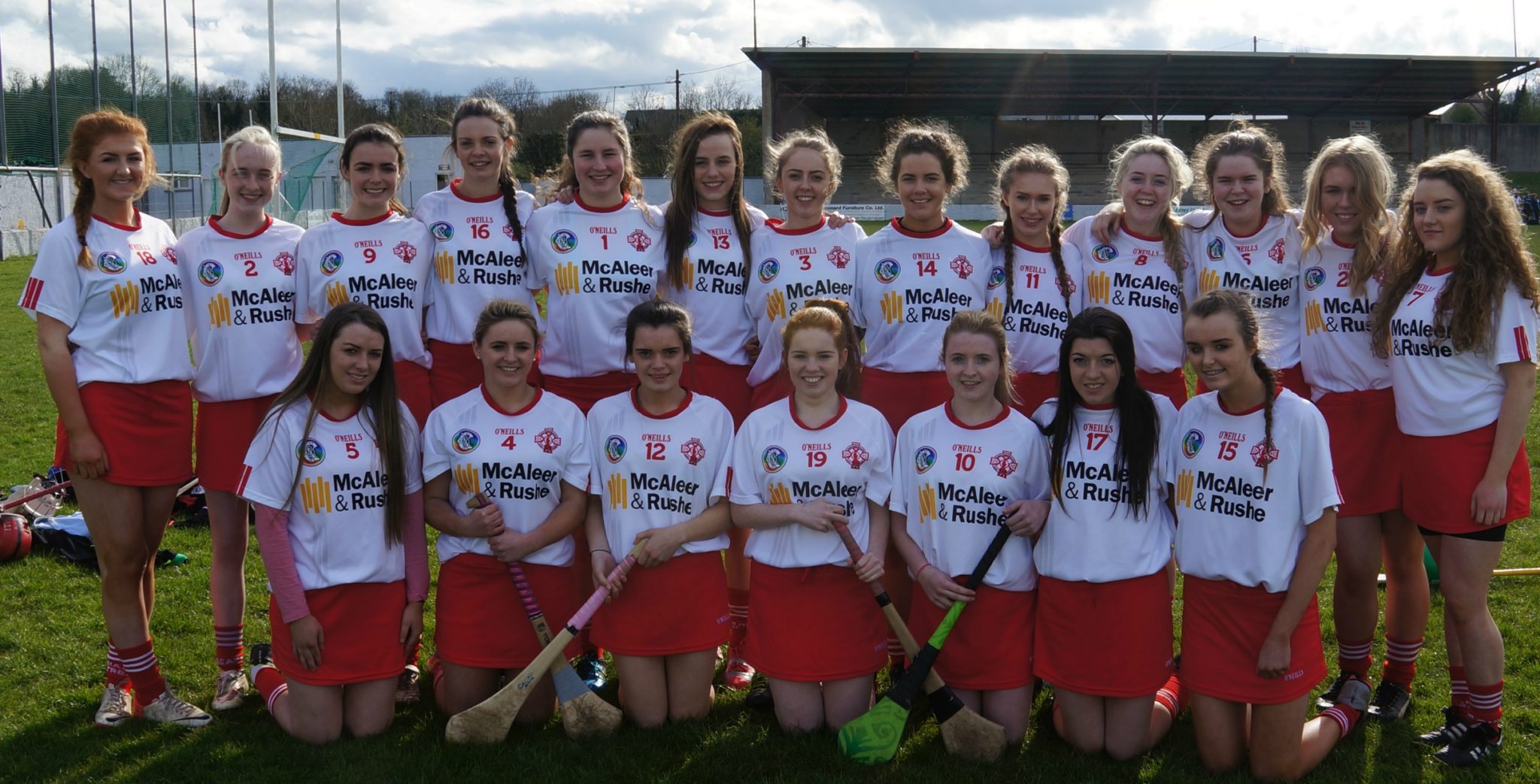 Played in near perfect conditions it was the home side that made the better start with just a minute on the clock Eileen Cullen bagged an excellent point from a free. The Farney girls kept the pressure on the Red Hands forcing Tyrone goal keeper Maeve Maxwell into some eye catching saves.

The early pace and the tackling from both sides showed that neither side were prepared to yield an inch. A few wides again from Monaghan frustrated the home supporters before Cullen added another point from 20 metres out to extend their lead.

Tyrone did struggle to create chances but Catherine Muldoon managed to find space in front of goals but she was thwarted by Aoife Cullen in the Monaghan nets. The play once again switched to the visitors goal area and Maxwell again for Tyrone stopped a sure score.

Megan Vincent , Orla Coyle, Aisling McLaughlin and Laura Mason found themselves repeatedly under pressure but they stood firm in defence.

It wasn’t until the twenty sixth minute that Tyrone got their first point when Kira Donnelly slotted a point following a goal mouth scramble. The half ended with the score board reading Monaghan 0-2 Tyrone 0-1.

The early stages of the second half were littered with wides and stoppages due to injury before an excellent passage of play followed when Casey Gallagher picked out Amy Barrett and she looped the sliotar over the helpless Monaghan keeper to the back of the net. 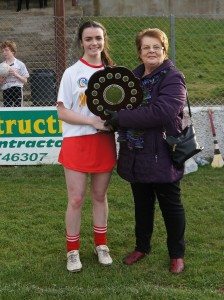 Having taken the lead Tyrone settled somewhat after this and Roisin McErlean showed her marker a clean pair of heels to take a superb goal with nineteen minutes gone in the half. McErlean then extended the Tyrone with a fine conversion from a free.

To their credit Monaghan never stopped pressing but again they could only manage to add to their wide count. A fine pass from captain Rona Mallon picked out Nicola McKiver and she ended the game by sending the ball to the back of the net for Tyrone’s third major.

Tyrone County Board would like to thank Clontibret for their kind hospitality after the match.