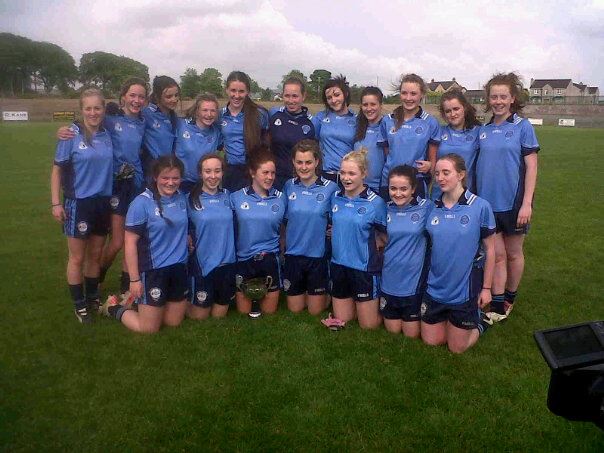 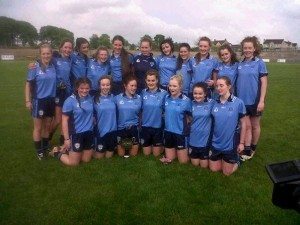 Cappagh minor girls defeated Carrickmore on a scoreline of 9.11 to 3.09, to win the Grade 2 Championship in style on Saturday evening in Loughmacrory. It was the usual mixture of tenacious defending, tireless work in and around the middle and top class finishing.

In the first half when playing into a stiff breeze Molly Keenan was inspirational at full back. Molly never put a foot wrong the whole match cutting out countless attacks and driving the team forward at every opportunity. Molly was ably assisted by the two corner backs, Kerrie Quinn and Jessica McCullagh, who battled hard throughout the entire 60 minutes. Noleen Carland, Megan Monaghan and Emma McAleer held the half back line in style, winning plenty of possession and providing the spring board for numerous attacks. Bronwyn Kelly was the last line of defence and showed why she is one of the best goalkeepers in this grade with a top class display of shot stopping and accurate kicking.

Aoibhin Bradley, Cara Flanagan and Kate McAleer put in strong performances around the middle of the field particularly when playing against the wind in the first half as heir side went in at half-time leading by three points thanks to Terri Mc Cusker and Aisling Porter raising 3 green flags between them.

Playing with the wind in the second half the Cappagh girls soon settled and drove relentlessly at the Carrickmore defence. Teri Mc Cusker and Aisling Porter were superb in the second half and finished the game with four goals each.

Operating at wing half forward Grainne McCann and Aimee Sweeney won plenty of possession and provided the full forward line with a steady supply of ball where Sarah Bogues also showed well for her team. Louise Sloan, Ciara McDermott and Deborah Hall made telling contributions to this game with Louise finding the net for Cappagh’s ninth goal.

The girls can now look forward to the league final next Saturday against Sperrin Og, time and venue yet to be confirmed.