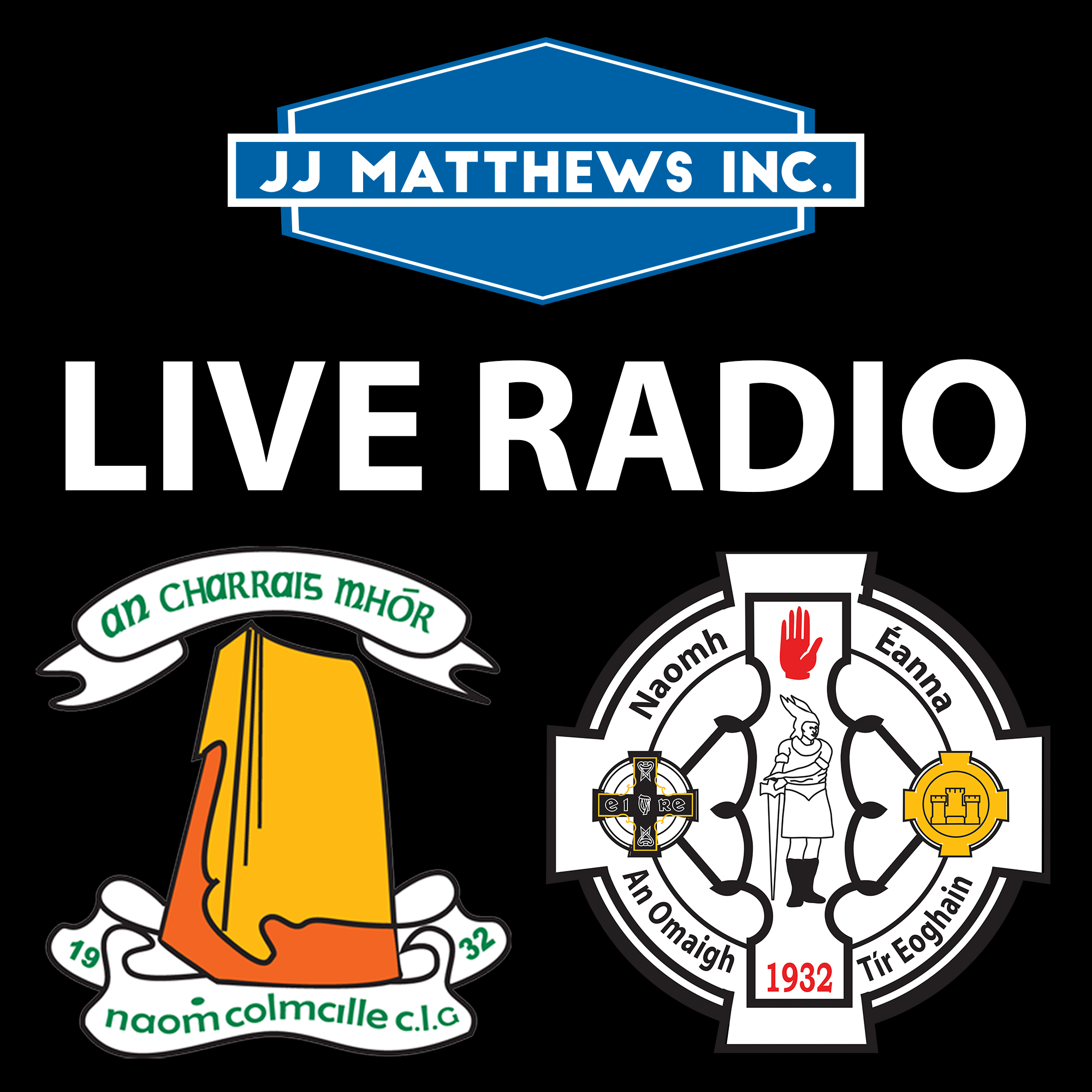 Defending league champions Carrickmore struck for two late goals at home to leaders Omagh to take the spoils in a hugely entertaining encounter at Pairc Colmcille on Thursday evening.

With five minutes left on the clock it looked as though the St.Endas were going to take the spoils as they held a three point advantage but those two majors turned the game on its head. By the end of the opening quarter Carrickmore led 0-5 to 0-2 thanks to points from Martin Penrose [2], Danny Fullerton and keeper Jack McCallan. Omagh though responded with scores from Conor O’Donnell, Pat Bradley and Ronan O’Neill before Cahir Munroe and Stephen Grogan edged Carrickmore two clear. Omagh though finished the half strongly and a superb effort from O’Donnell left it 0-7 apiece at the break.

O’Neill and McCallan exchanged points from frees on the restart before the former and Eoghan McNamee put Omagh two clear. Sean Donnelly and O’Donnell traded scores but substitute duo Conan Grugan and Jason McAnulla were making an impact for the visitors and the latter scored a brace to make it 0-13 to 0-10 by the 54th minute.

Omagh looked to be in a strong position but another substitute, this time from Carrickmore, helped turn the game on its head. Lorcan McGarrity had already knocked over a free with his first touch but he then followed that up with a superb effort from play. From the resulting kick out the same player forced a turnover before racing through and unselfishly laying the ball off for Rory Donnelly to fire low to the net.

Two minutes later a mistake in the Omagh defence gifted Ruairi Slane a second goal to put four between the sides. Omagh rallied with points from Eoin Corry and O’Neill but those two quick fire goals ultimately proved to be the difference between the two sides.