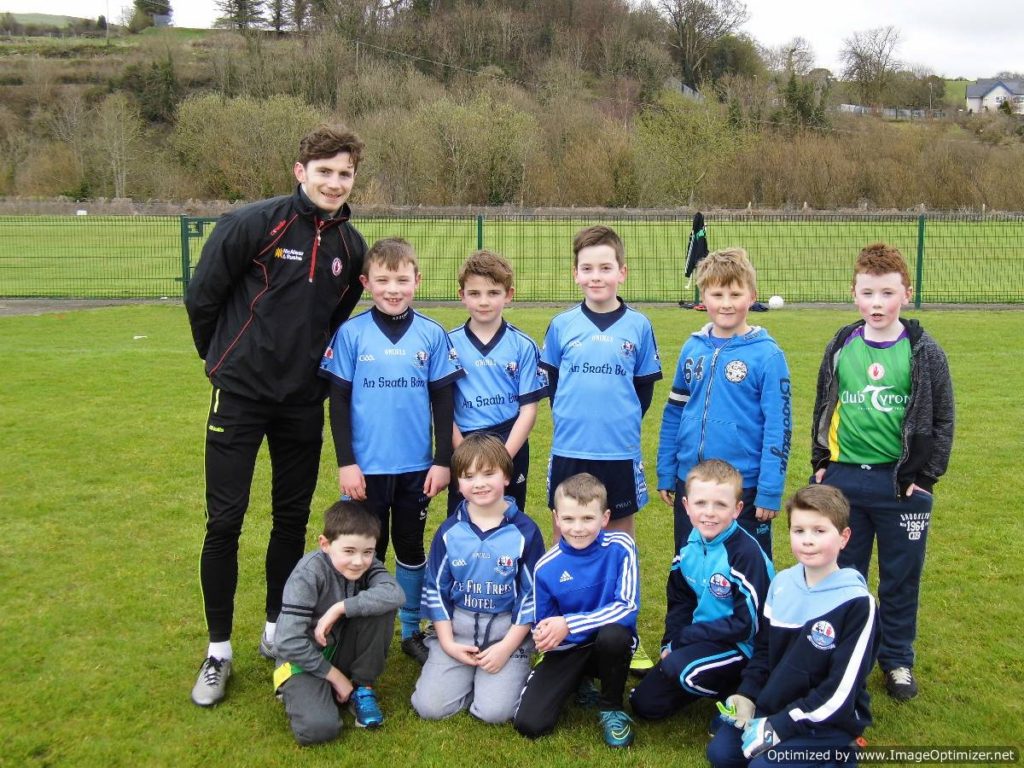 Strabane Sigersons hosted their 16th annual Campa na Cásca (Easter Camp) at Páirc Mhic Sioghair on Tuesday with approximately 180 boys and girls in attendance with the weather remaining dry but cold for the opening day.  Among the large number of coaches in attendance were Tyrone players Rory and Lee Brennan who both greatly added to the event.  The camp has been very kindly funded this year via Cash4Clubs with local sponsors SuperValu Strabane and Ecplipse Cinemas Lifford and Strabane also on board as they have done so over the past number of years.  Tomorrow (Wednesday) will see the Cormac McAnallen Cups for the best boy and girl presented with other prize winners also to be selected. The Cormac McAnallen Cups have been a feature of the Sigersons Easter Camps since 2004 following the sudden death of the former Tyrone and Eglish great.