Coalisland Through To LCC Senior Final After Gripping Clash With Errigal 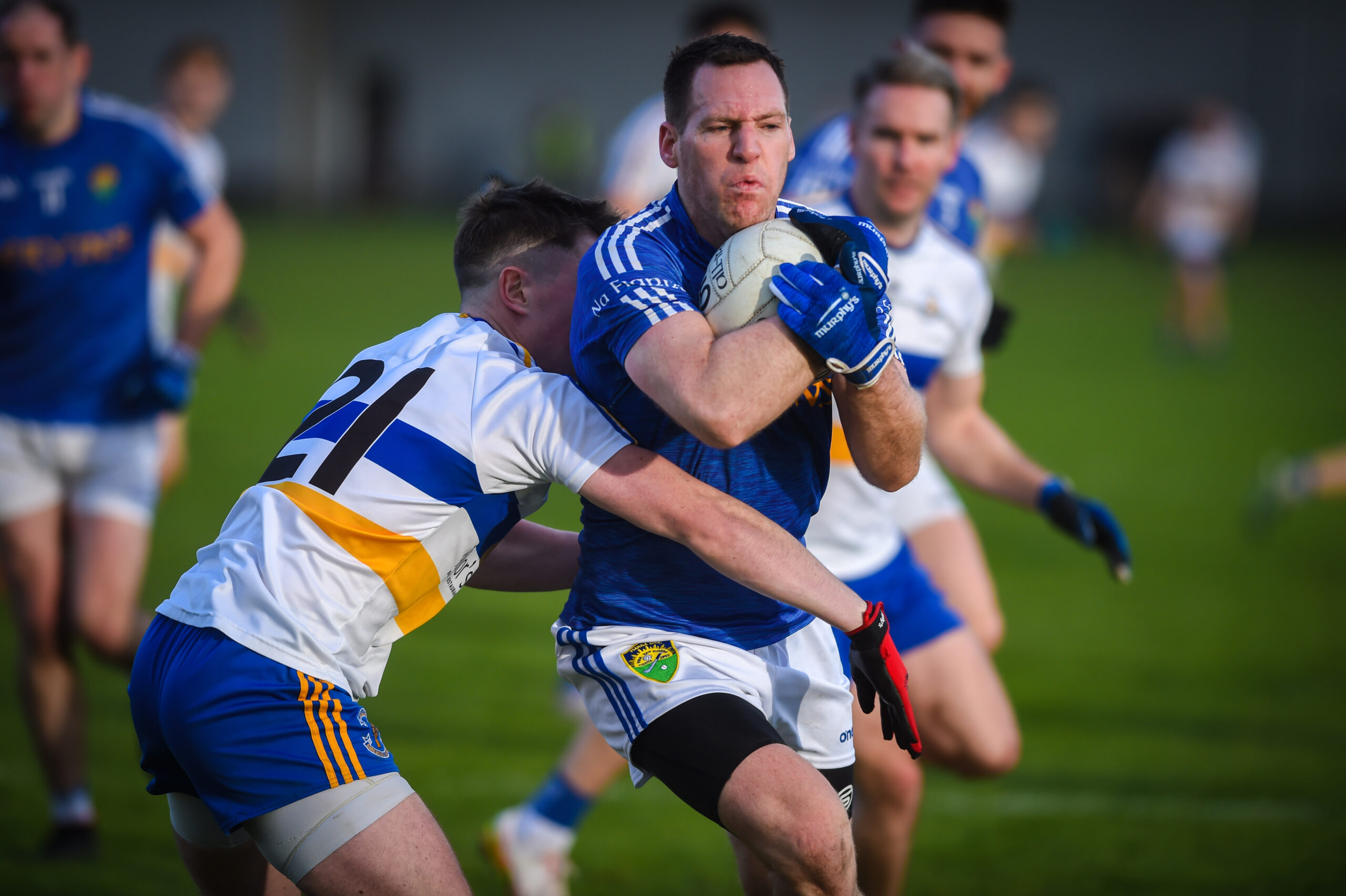 Coalisland’s resilience and character were to the fore at Plunkett Park on Sunday afternoon as they once again produced an amazing comeback to edge past Errigal Ciaran despite ending the contest with only thirteen men.

The first half was a cagey affair with Errigal Ciaran greeting the short whistle one point in front but when they moved six clear with a dozen minutes to go they looked to have one foot in the final. This Fianna team though never know when they are beaten as they grabbed three goals in a frantic final ten minutes that also saw them have two players sent off, Cormac O’Hagan showing nerves of steel to convert a superb long range winning free after he himself had been fouled.

Plunkett Kane won the ball from the throw in and played it long to Cormac O’Hagan who came out and won a mark before opening the scoring. The same player then knocked over a free before Tommy Canavan responded from a placed ball at the other end of the field. Odhran Robinson then levelled matters from a mark that went over via the post but a long range free from fully fifty metres had the Fianna back in front. Darragh Canavan then fired over an outstanding point from play before Coalisland had a goal chance in the next attack with Bailey Leonard unlucky to see his shot come back off the bar.

Tommy Canavan and O’Hagan swapped points before substitute Ruairi Canavan scored with his first touch from a mark out on the right wing. Tommy Canavan then left two between the sides from a thirteen metre free before Coalisland had the final say of the opening period through an O’Hagan free after he had been fouled himself to leave it 0-6 to 0-5 at the interval.

A brilliant pass from Ruairi Canavan picked out Harte who took a mark and converted it for the first score of the second half before Tommy Canavan knocked over another free. Ruairi Canavan then converted a free and when substitute Eoin Kelly landed a superb point from play from distance it left the Dunmoyle based men leading 0-10 to 0-5 at the second water break.

Moments after the restart Harte hit an outstanding point from out on the left wing and when Michael McKernan was sent off two minutes later it looked all over bar the shouting. With nine minutes to go the Fianna were thrown a lifeline when great work from Stephen McNally saw him offload the ball to Jason Carberry who blasted it to the back of the net. Errigal Ciaran though wasted no time in responding with Ruairi Canavan hitting an outstanding brace of points from out on the left wing within sixty seconds of each other.

It meant that Coalisland trailed by five points and had to dig deep yet again and that is exactly what they did and when a Tiernan Quinn effort from out on the left wing came back off the post Leonard was fouled when he won the rebound and a penalty was awarded which Quinn converted himself. With three minutes left to play amazingly Coalisland hit the front when Plunkett Kane delivered a high ball in from the right wing which Brian Toner caught before swivelling to find space and the net.

Straight away Coalisland were reduced to thirteen men when Peter Heron was sent off for a second booking. Errigal Ciaran now had to dig deep but they retained possession well before keeper Darragh McAnenly fired over a superb equaliser. The Fianna though weren’t to be denied with O’Hagan winning the day for them in sensational manner from a forty five metre free to the right of the posts after he had been fouled himself.