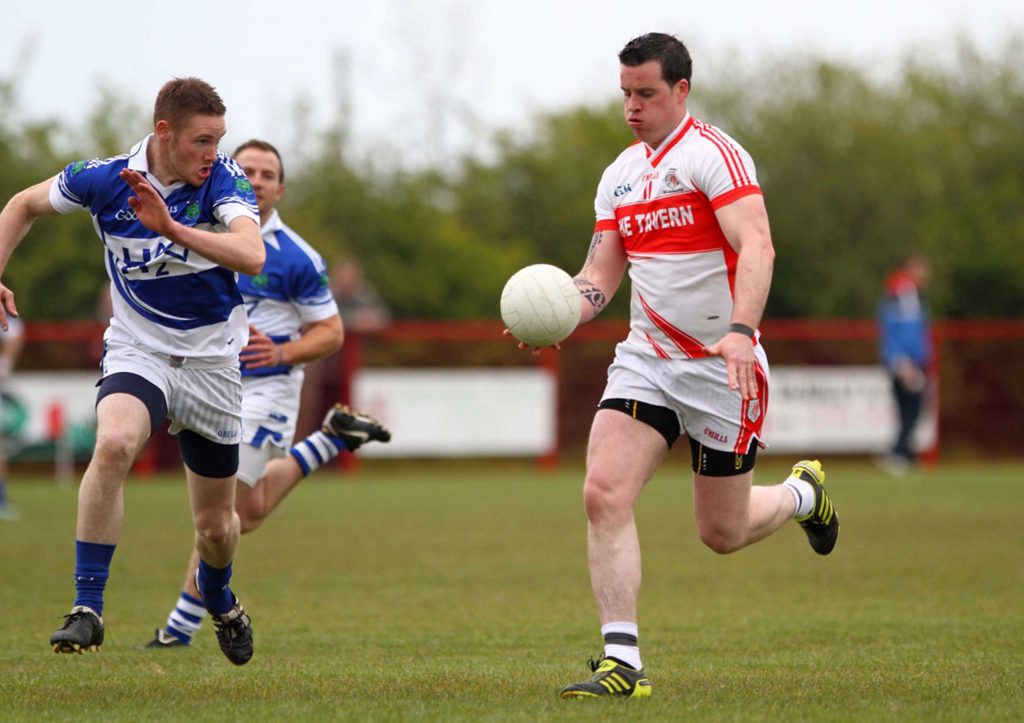 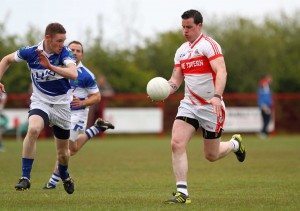 Clan na gael are struggling for form and points this year and suffered another heavy defeat this time at the hands of Pomeroy. The home side raced into an early six point lead with Brendan Burns, Kieran Mc Geary and Ollie Mc Creesh on target. At half time the Plunketts led 1-8 to 0-4 with their goal coming from John Loughran while both Joe Ball and Ryan Magill replied for the Clan. The second half saw an improvement from the visitors but Pomeroy were comfortable winners and Paddy Harkin’s late goal was small consolation to the North Tyrone side.

Moy maintained their good form away from home with a fine 1-12 to 0-5 win over Loughmacrory. The home side started well enough with Enda Ward getting on the score sheet but with Colm and Sean Cavanagh in fine form and some super finishing by Peter Mallon Moy cruised to victory. A fantastic goal from Ryan Mellon mid way through the second half ended the game as a contest. Eunan Deeney also landed a brace of points for the winners who are beginning to look ominous while Loughmacrory’s most potent players were Ronan and Enda Ward.

Eskra picked up their first win of the season when they defeated Aghyaran at home on a 0-13 to 1-5 score line with Peter Hughes hitting eight points for the Emmetts and Rodger Leonrad getting the St.Davogs goal.

Rock suffered their first defeat of the sesaon when they lost at home to Augher. Jamie Donnelly and Raymond McElroy were among the points for the ST.Macartans with Sean Hackett getting their goal in a 1-13 to 0-10 win, Eamon Ward and Conor McCreesh among the points for the hosts. Derrytresk got their first win since returning to Intermediate football when they beat neighbours Stewartstown 1-13 to 0-14 with the help of a late Joe McKee goal, Paul Dillon and Niall Gavin with points for their respective sides.

Urney proved too strong for Killeeshil on home soil winning 4-17 to 0-11 with Stephen Lafferty getting a couple of goals and Johnny Lafferty and Liam Convie also finding the net, Shane Mallon and Gary Reilly with Killeeshil points. Cookstown remain out in front at the top of the table after making it five wins from five away to Strabane. Owen Mulligan, Martin Murray, Martin Hughes, Stephen Monaghan and substitute Jason Quinn all featured among the points for the Father Rocks with John Paul Gallagher, John McLaughlin and Warner Mullan on target for the Sigersons.