Derg In Smash And Grab Win 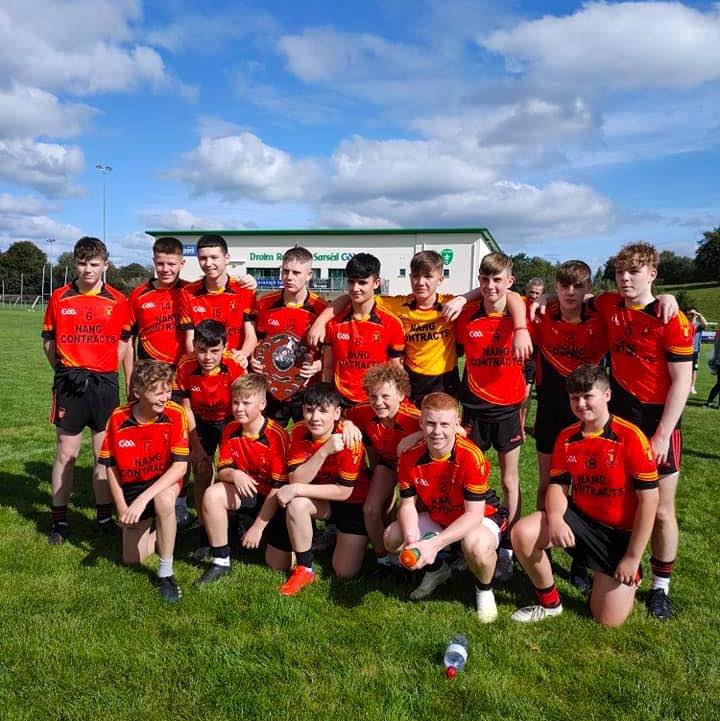 Castlederg certainly snatched victory from the jaws of defeat at Drumragh on Saturday afternoon as they produced a stunning comeback to win the grade three U15 championship title at the expense of Pomeroy.

As the game slipped into injury time the young Plunketts looked to have things sewn up as they held a five point advantage but a goal from Corin McConnell gave Castlederg a glimmer of hope before Cealef McMenamin also raised a green flag to win the title in the most dramatic of fashions. Pomeroy led 2-6 to 0-8 at the break despite missing two penalties, Pheilm Quinn with both of their goals with Martin Coyle, McConnell, Blaine Lynch and Finn Kilpatrick among the points for their respective sides.

Blaine Lynch, Dens Gallagher and Ben McCrossan had second half goals for Castlederg with Jaiden Donaghy and Coyle finding the net for Pomeroy. Charlie O’Donnell and Coyle also had points but with Pomeroy in a strong position with time up they were hit with those two late sucker punches as Castlederg took the silverware.