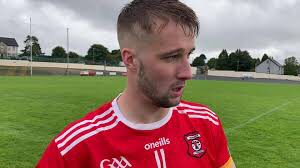 Oisin Donnelly and Eoghan McGarvey were the joint highest scorers in Intermediate football at the weekend with a dozen points each to their name. Donnelly hit all of side’s second half scores as Beragh collected their first win of the campaign at the expense of Moortown. McGarvey weighed in with 2-6 as Gortin made it three wins from three when beating Tattyreagh. Aidan McGarrity was the second highest with 1-6 for Rock as they drew with Naomh Eoghan while Mark Carson’s eight points helped Greencastle to maintain their perfect start to the campaign with victory at Clogher. Kildress sharpshooter Mattie McGuigan got 1-5 but that couldn’t prevent the Wolfe Tones from tasting defeat for the first time when they lost at Strabane while James Darcy’s haul of 0-7 was also not enough as Tattyreagh fell to Gortin. The weekly Hotshots are brought to you in association with LoughTec LTD.