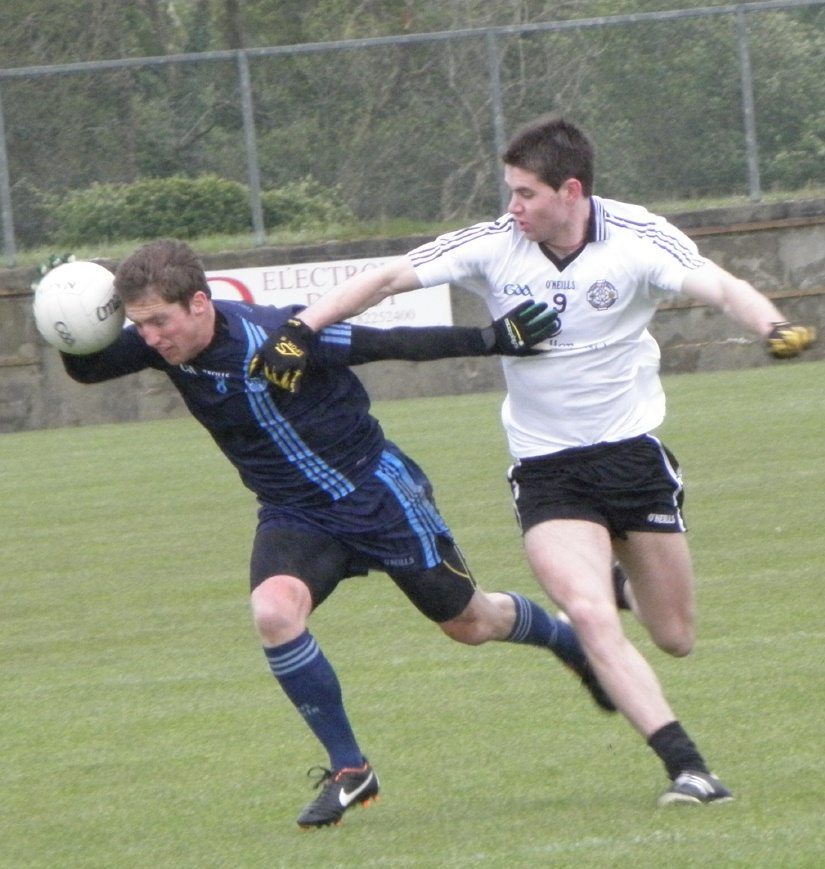 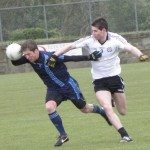 On a weekend of derbies it was joy for Omagh as they held on to defeat neighbours Killyclogher 1-6 to 1-4 in a less than inspiring game at Ballinamullen. An early goal and point from Conor O’Donnell put the visitors in control but Leo Meenan found the net to drag Killyclogher back into the game. Omagh led by three at the break and did enough in a dour second half in poor conditions to hold on to make it two consecutive wins away from home with Jason Mc Anulla getting the final score of the game and Omagh’s only second half score.

Coalisland remain top of Division 1 tonight but they certainly didn’t have it all of their own way in Derryalughan this afternoon.  John Taggart, Colm Robinson and Ciaran Quinn were among the first half points scorers for the Kevin Barry’s who lead at the break.  However second half scores form Paddy McNeice, Brian Toner and Niall Fox eased the Fianna nerves.  Plunkett Kane bagged the only goal of the game to make sure of the win.  Final – Score Derrylaughan 0-11 Coalisland 1-10

Errigal Ciaran played with the wind at Donnelly Park in Trillick this afternoon and got off to an excellent start by registering the first 11 points of the half.  Peter Harte, Tommy Canavan and Caolan Tierney were all on target.  By half time they led 0-11 to 0-1.  Canavan added two more points for Errigal in the second half and Eoin Gormley got a consolation goal for Trillick.  Final Score – Trillick 1-3 Errigal Ciaran 0-14

Teamtalkmag.com top scorer in Division 1 last year Shane Mulgrew was at his brilliant best this afternoon as he fired home a late goal to earn Donaghmore two precious points against Eglish.  Deasun Quinn was also on the scoreboard for Donaghmore with three points while Michael Jordan and Gregory Jordan had two points each for Eglish. Final Score – Donaghmore 1-9 Eglish 0-7

Clonoe were in absolutely ruthless form this afternoon in Edendork as they ran out 24 point winners over their hosts.  Two goals each from Conor McAliskey and Eamon Hughes and a fifth goal from Shane O’Hagan piled on the misery for the St Malachy’s men who had only four scores and points from Darren McCurry and Niall Morgan to show for their effort.  Final Score – Edendork 0-4 Clonoe 5-13

Carrickmore remain unbeaten in Division 1 so far this year as they defeated Kildress by two points in Gortaclady.  Caolan Daly scored two first half points for Carmen and Frank McGurk had a similar figure for the home side.  After the break Martin Penrose, Finbar Magill and Caolan Daly were all on the scoresheet for Carrickmore while Des Treacy tried his best to keep Kildress in touch.  Final Score –  Kildress 0-9 Carrickmore 0-11

Defending champions Dromore enjoyed a comfortable afternoon at home to Greencastle winning on a 1-11 to 0-3 score line. Eoin McCusker got the only goal of the game with Paddy Montague and Colm McCullagh featuring among the points, Shane Coyle getting the visitors only second half score.