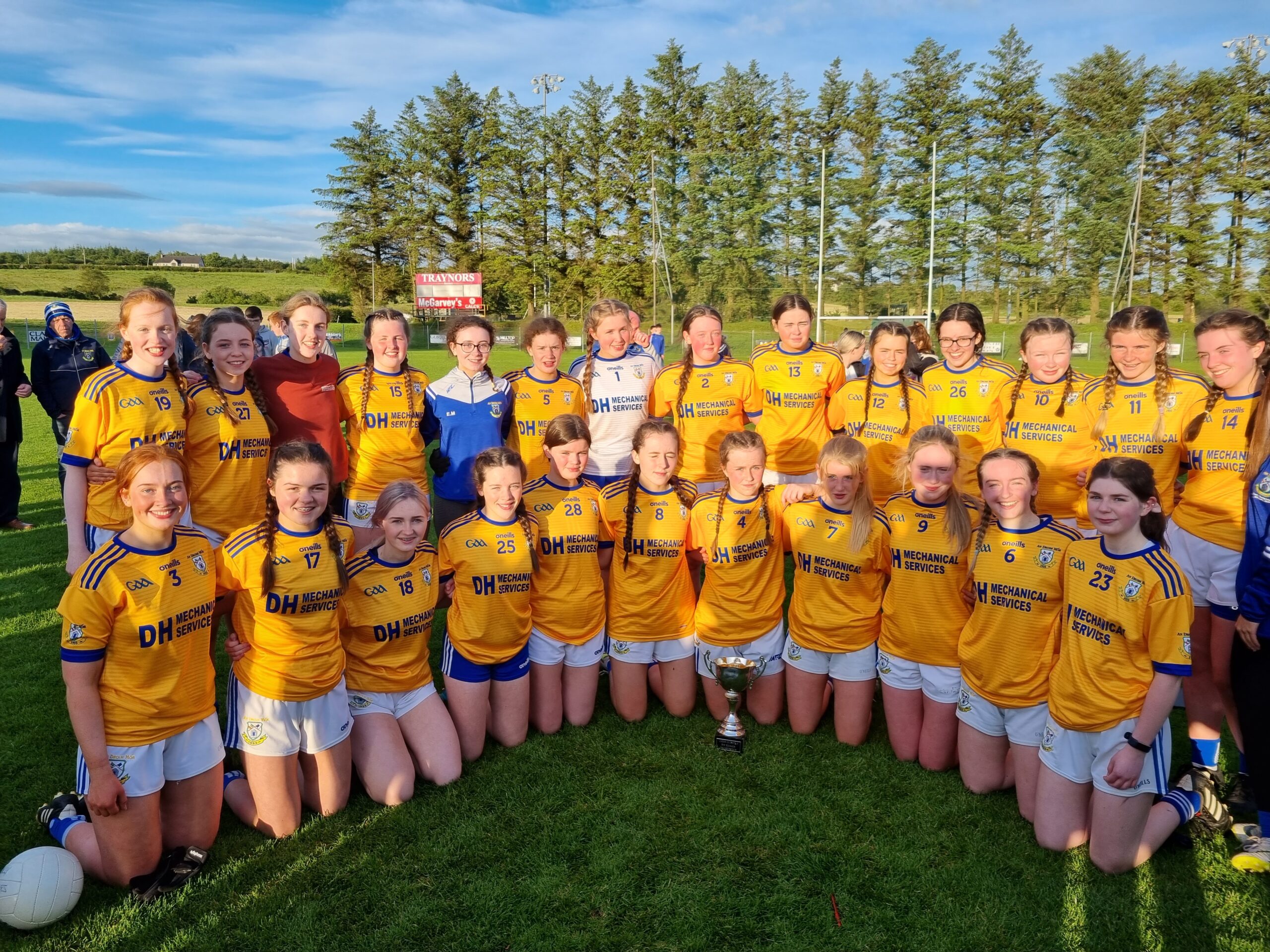 Dromore completed the grade three Ladies Minor double when they proved too strong for a gallant Galbally side at Dunmoyle in the championship Final on Tuesday evening.

With the wind at their backs the winners established a nine point interval advantage and that was the margin of victory in the second half despite the Pearses closing the gap at one stage during the second half. Early goals from Sinead Barrett and Eimear McQuaid put Dromore in a strong position with the wind at their backs. Galbally responded with a couple of Rachel Kelly points but efforts from Sinead and Erin Barrett left the scoreboard reading 2-6 to 1-3 at the interval.

In the early moments of the second half a Sinead Barrett free sailed all the way to the net to leave the St.Dympnas with one hand on the cup. Galbally though began to find their feet and a goal and a couple of points from Kelly saw them close the gap going into the final quarter. Crucially though Dromore then hit 2-2 without reply with Barrett completing her hattrick and McQuaid getting her second goal of the game and while Galbally had a goal from Annabel Quinn as well as a point from Eilis Tally it was the St.Dympnas who took the honours.