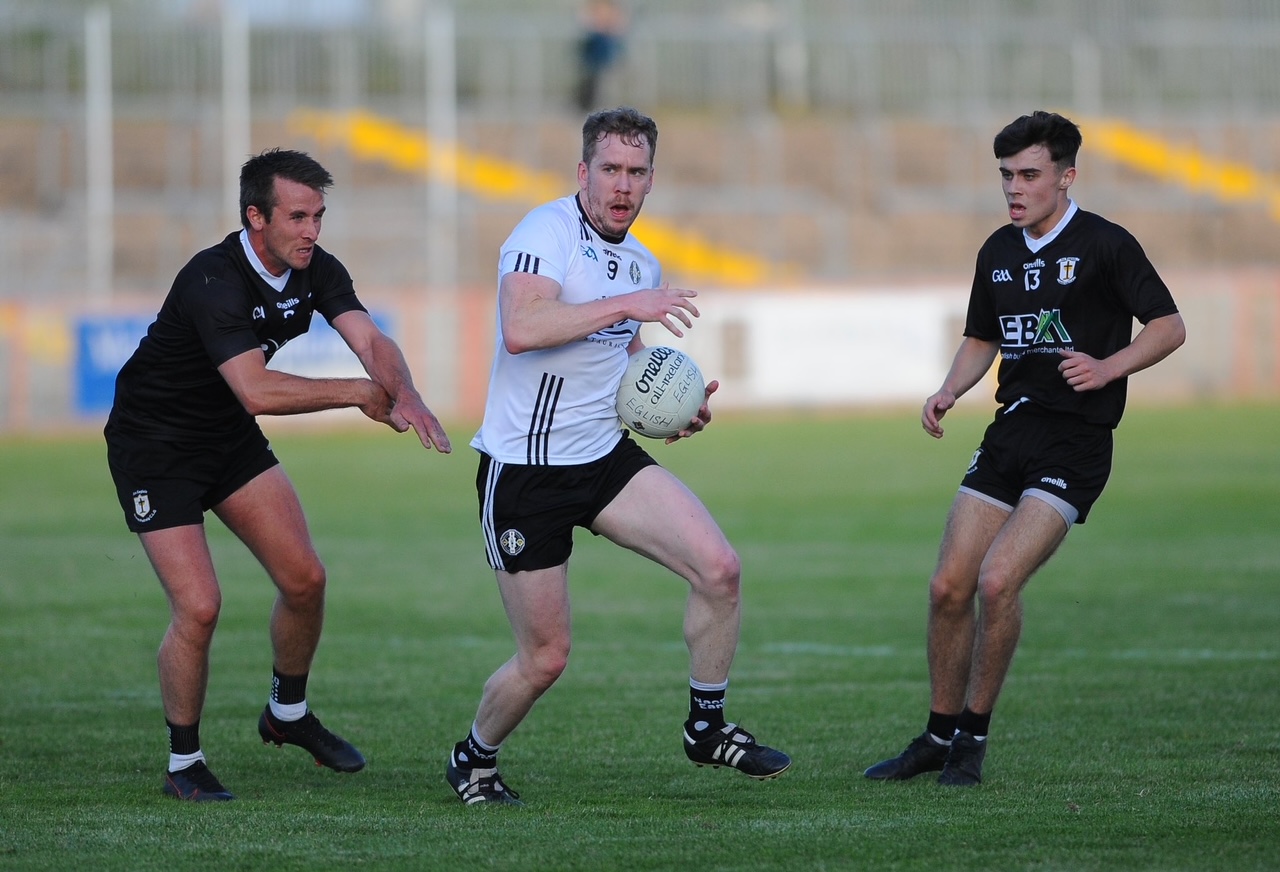 Eglish picked up their first points of the season with a late, late victory over Omagh St Endas at O’Neills Healy Park on Thursday night. In a game that was close throughout Matt Mc Gleenan’s side snatched the win in injury time when wing back Adam Murty finished from two yards to put Eglish two clear with time almost up. Omagh did reduce the gap to a single point after Conan Grugan converted a late free but the St Endas players and supporters will wonder how they managed to lose this game. They were vociferous in their claims for a penalty late in the game but referee Mickey Quinn waved their protests away.

Both sides began the game with numerous first team players missing through injury. The first half was highly competitive with both defences on top. However Omagh’s Conor O’Donnell managed to find enough space to send his team in at the break leading 0-8 to 0-6. The elusive O’Donnell finished the first half with six points and was clearly the outstanding player on the pitch during a very competitive and defensive opening period.

Eglish showed great intensity and workrate throughout the first half but a black card for full back Aaron Daly just before the break meant the St Patricks would face the first ten minutes of the second half a man short and two points down. However they set themselves up to defend deep and play on the counter attack. With full forward Sean Mc Killion as the out man they managed to narrow the gap to a single point when Matt Mc Gleenan scored a fine point. Omagh responded with a point from Cian Bradley to regain the lead but points from Mc Killion and Tiernan Mc Veigh tied the game once again at 0-10 apiece.

The visitors continued to play with defensive discipline and relied on the ball carrying ability of Dan Muldoon and Conor Mc Cann to ease the pressure on an overworked rearguard. Despite enjoying lots of possession Omagh were forced to retreat and recycle the ball. They struggled to trouble the umpires but a finely worked point from Rory Mc Bride just before the second water break put the home side in front again.

Conor O’Donnell converted a thirty metre free to put his team two points clear. Eglish refused to panic and forced Omagh goalkeeper Niall Mc Ginn into a fantastic stop to keep his side ahead but the signs were there that the men in black were far from finished. With time almost up Seamus Muldoon pointed to reduce the lead to a single point and then came the match winning score when Murty snatched that late goal that put the visitors two clear.

Eglish did face some tricky moments as Omagh pushed for the scores that would save the game. The home side certainly had strong claims for a penalty turned down but in the end they will look back and regret their reluctance to make more of the possession they enjoyed and the pace they have in their team. Aidan Clarke, Finbarr Taggart and Connor O’Donnell were superb for their team but even their fine displays were not enough to claim the win.

As for Eglish they will have taken great heart not only from the win but from the performance that may just have kickstarted their season. Goalkeeper Jack Gibney was superb throughout as was Colm Byrne while Dan Muldoon, Matthew Mc Gleenan and Sean Mc Killion exemplified all that was good in this Eglish display.