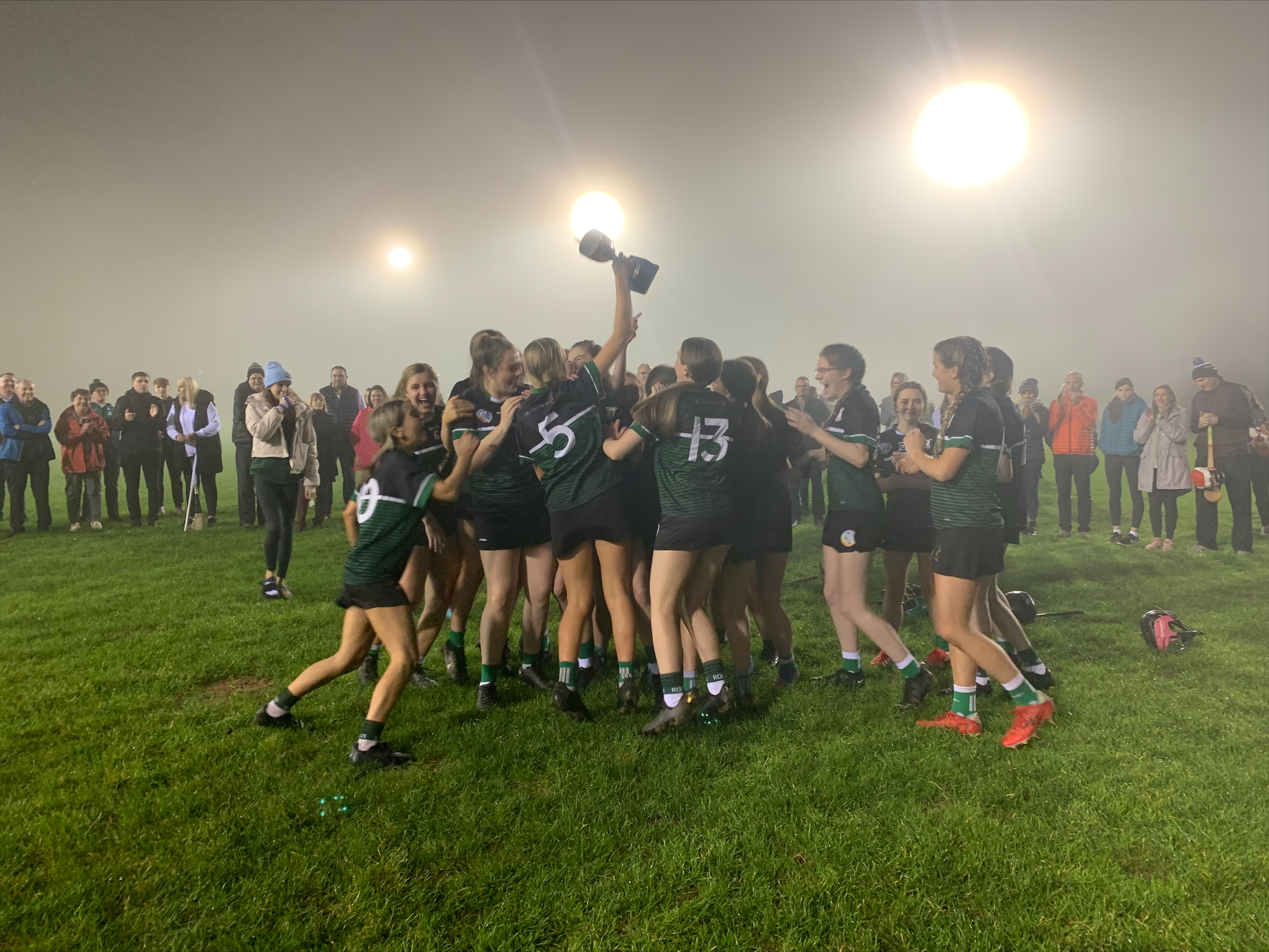 Fresh from their league win, Eglish went into this championship final as strong favourites. With very talented players all over the field, they enjoyed the lion-share of the possession in the first half and, despite good performances of the Dungannon goalkeeper Siofradh Cahalane and full back Niamh Doran, the home team were able to make the best of their opportunities.

Player of the final, Kaitlin Gallagher, fresh from being awarded an Colleges’ All-Star this week, was impressive both from play and from set pieces. Oilibhia Farley, Kate Daly and Rhianne McLoughlin joined Gallagher on the score board. 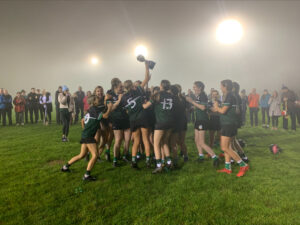 In the second half, Naomh Treasa had nothing to lose and made a much better start and produced some excellent passages of play. Finally Beth Jones was able to make some headway with two excllent scores. Dungannon never gave up the fight but Eglish ran out deserving winners as the fog descended on Páirc Chormaic.