The Eire Ogs reclaimed the county title when beating holders Dungannon and they haven’t looked back since with wins over Bredagh [Down] and Cuchullians [Armagh] in the Ulster series. Their toughest test awaits though and that’s a fact acknowledged by their midfielder John Kerr.

“Without a doubt this will be out toughest game to date but everybody is chomping at the bit and looking forward to it. It’s a step up in class from any side that we have played before and it’s without doubt the biggest game in the club’s history. We won the Ulster Shield back in 1998 but this is bigger again. 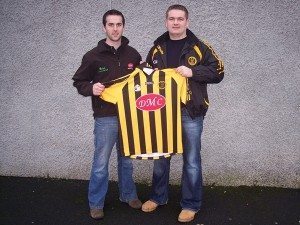 Naomh Colmcille showed what could be done last season when they reached the All Ireland junior final at Croke Park and it would be unbelievable if we could make it to that stage as well but we aren’t looking beyond St.Johns. That’s the way we have been in the championship so far just taking it one game at a time and it has worked well for us. We are determined to give it our best shot and I believe that if we play to our ability then we won’t be far away.”