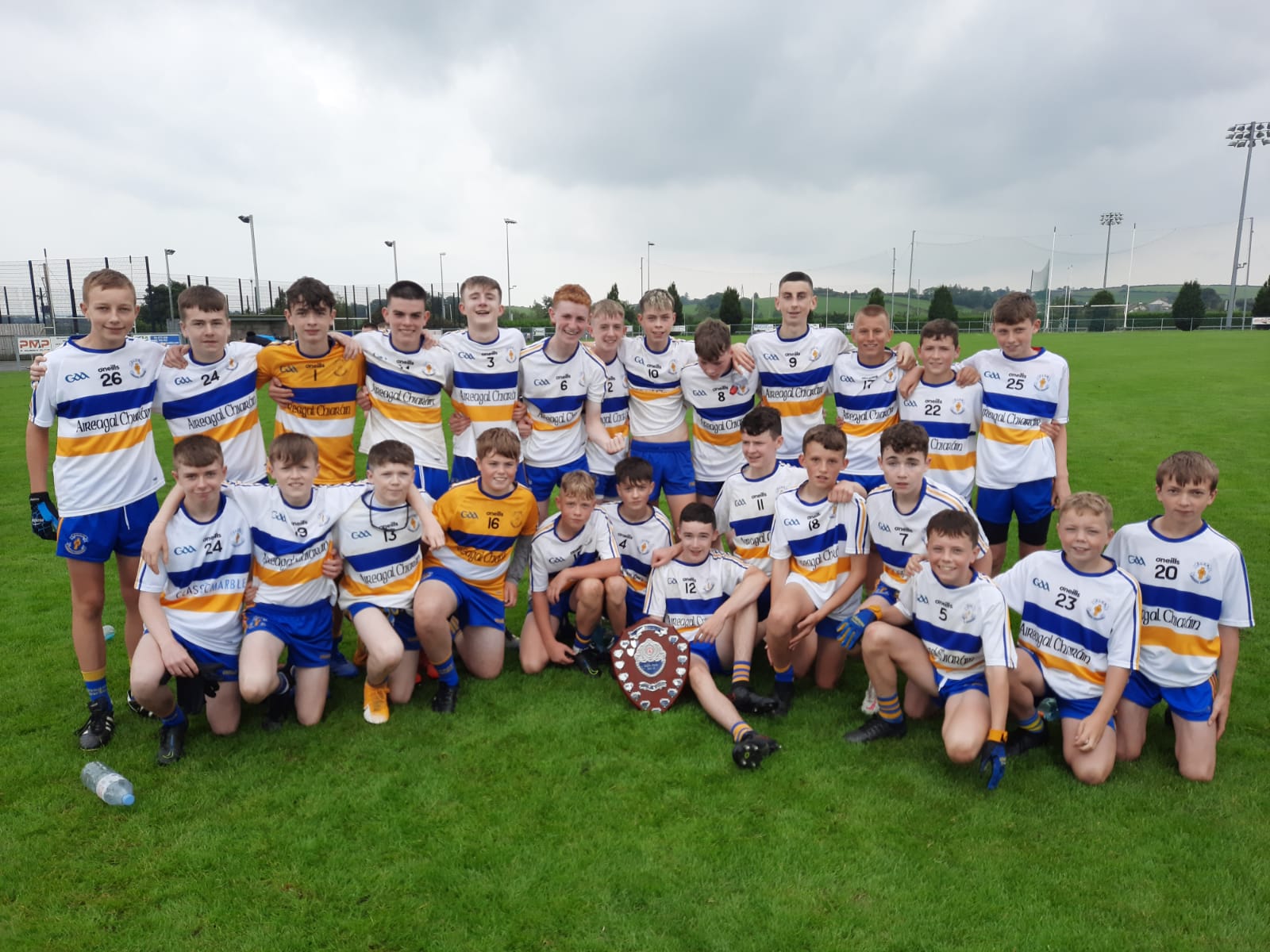 Errigal Ciaran secured the grade 2 U15 League title when they edged past Dungannon in a high quality final at Pearse Park in Galbally on Saturday afternoon.

It was a contest that seemed destined for extra time between two well matched sides until Errigal Ciaran midfielder fired in the winning goal a minute into injury time. The winners established an early four point lead thanks to scores from Shea McDermott, Conor Fleming, Tomas Mullin and Senan Canavan, Fearghal Mallon and Jamie McCarthy on target for the Clarkes.

A sweeping move then ended with Jack Hughes scoring a brilliant goal for Dungannon before McCarthy equalised with a superb free with the outside of his boot. Fiachra Murray and Canavan then both split the posts as Errigal moved two clear but in first half injury time Leo Hughes confidently dispatched a Dungannon penalty to give them a narrow 2-3 to 0-8 advantage.

Errigal Ciaran were out of the traps quickly in the second half with Charlie Maguire levelling matters before Canavan converted a brace of frees. It took Dungannon eleven minutes to open their second half account via Leo Hughes and moments later the same player sent over the equaliser when it could well have been a goal as his shot just cleared the bar.

Murray edged Errigal Ciaran back in front but two frees from McCarthy had Dungannon in front at the second water break. With five minutes to go Tomas Mullin equalised and we looked set for extra time. Both sides had chances before midfielder Ciaran Mullin won the day for Errigal Ciaran with a clinical finish to the bottom right hand corner of the net.