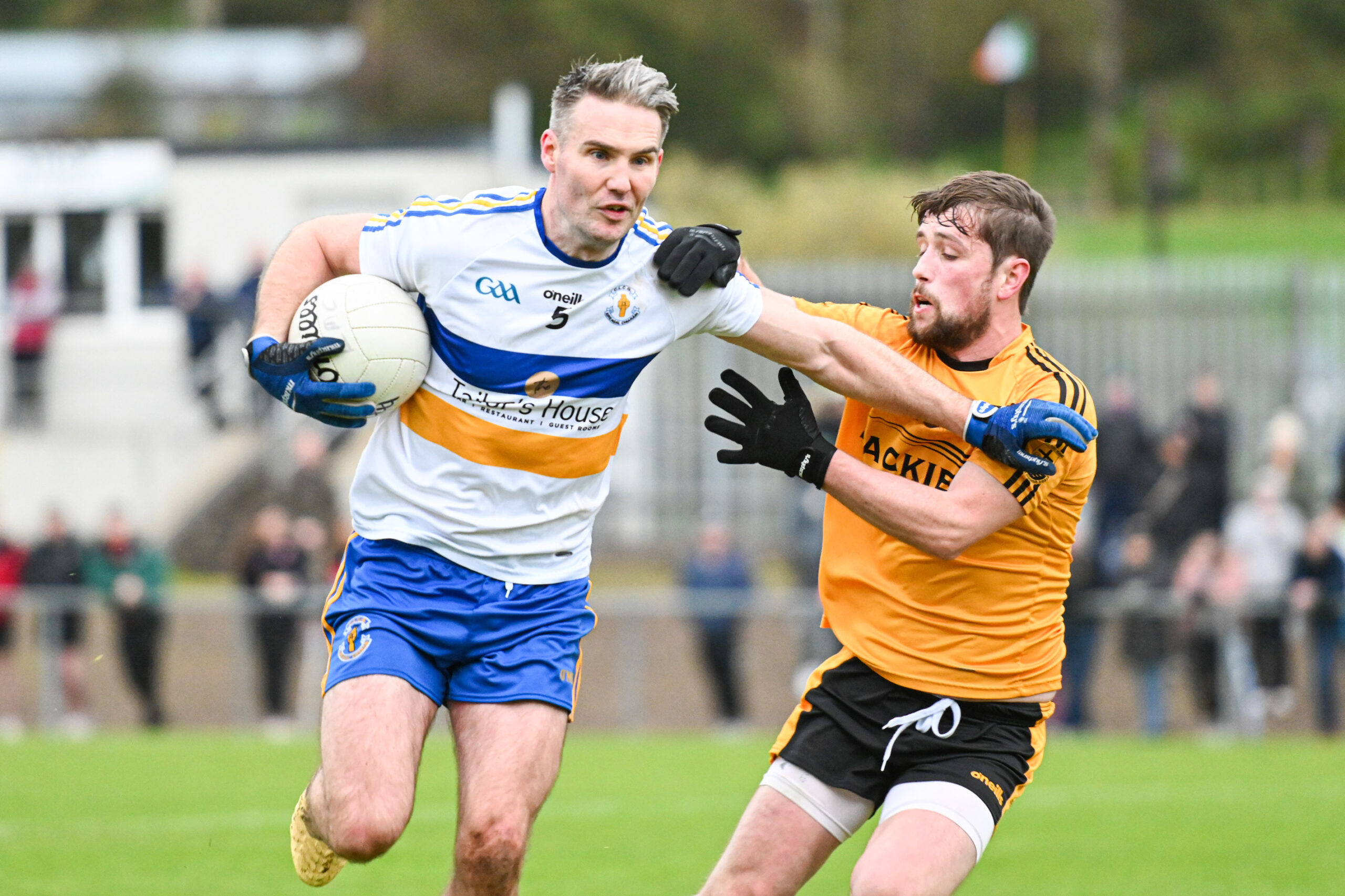 Errigal Ciaran are through to the semi final of the Tyrone senior championship after a convincing 2-9 to 0-7 win over Loughmacrory on Saturday afternoon at Carrickmore. The game swung on two defensive lapses, one in each half, that led to turnovers for Errigal with both resulting in goals for the Dunmoyle side.

Conditions were difficult for both sides with heavy rain and a strong wind making good football almost impossible. A point from Loughmacrory full forward Cathaoir Gallagher was the only score of the first quarter but by the eighteenth minute they were 0-2 to no score ahead following a converted Pauric Meenagh free. Darragh Canavan opened Errigal’s account twenty minutes in before the Errigal forwards forced a turnover in the Loughmacrory defence and Cathal Corrigan finished to the net. Cathaoir Gallagher replied for the Loch before a Tommy Canavan point put two between them. With time running out Loughmacrory’s Cathal Donaghy converted a mark and Antoin Fox landed a superb score to send the teams off at the break tied Errigal 1-2, Loughmacrory 0-5.

Errigal introduced Ruairi Canavan after the break and his pace and movement caused Loughmacrory all sorts of difficulties. He landed a fine point three minutes into the second half and then capitalised on a lapse of concentration in the Loughmacrory defence to score a goal from forty metres. Tommy Canavan stretched the lead to 2-4 to 0-6 and from then until the break Errigal were never troubled. Tommy, Darragh and Ruairi Canavan hit further points for the winners while Shane Grimes and Gareth Donaghy replied for the loch. In fading light Padraig Mc Girr sent over the final point of the game to leave the result Errigal 2-9, Loughmacrory 0-7.