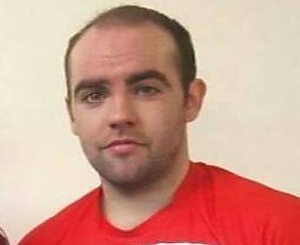 This weekend could turn out to be one of the most significant in the history of Tyrone handball as 16 players from four clubs in the county bid for All-Ireland glory in 11 different national finals, ranging from girls under-14 singles to men’s intermediate singles.

The county has never been so heavily represented on All-Ireland final weekend and there could be a huge amount of history made in Kingscourt on Saturday and Sunday.

Saturday will be a particularly historic day for Breacach as the club gets set to witness four of its brilliant young stars contest major national deciders in consecutive fixtures in the Kingscourt arena.
Conor McElduff, Barry Devlin, Gabhain McCrystall and Sean Kerr will all go into battle with high hopes of success as the Breacach quartet get ready to take on Kildare, Waterford, Clare and Cork respectively in the intermediate, junior, under-21 and minor finals. 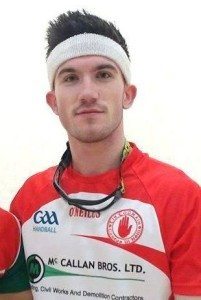 It’s unprecedented for the county to contest these four finals in the same year, never mind four players from the one club achieving the feat, and it would truly be something to savour if the Tyrone contingent could pull off a stunning four timer.
The fact that the four players are from the same club has helped them to drive each other on in recent years.
“It really does mean a lot; to be playing not only in All Ireland finals but on the same day and one after the other is just a piece of history that will never be done again,” enthused intermediate title contender, Conor McElduff.
“The four of us would be very close friends and off the court we support each other 100% but when playing against one another things can get a bit heated at times which of course just leads to us getting better,” insisted Conor, who is aiming to become only the second ever Tyrone player to win the intermediate singles crown, his cousin Ciaran Curran taking the title to the county back in 1995.
Conor is hoping to complete a rare achievement on Sunday by taking the intermediate singles honours exactly a year after winning the junior All-Ireland and it would be quite an achievement if the junior title could stay in Tyrone for another year courtesy of Barry Devlin.
“The fact that Tyrone and indeed my own club Breacach are contesting 4 of the 5 major All Ireland championship finals this Saturday is unbelievable, and surely this has never happened before,” insisted Barry.
“The other three lads are great friends of mine and we all bring each other’s games along in training. Of course we have so much rivalry in our club and we always take our training games just as seriously as competition, but I think that is the key to the success within Breacach,” continued Barry.
“Saturday the 19th will be a great day for Tyrone handball and I’m so looking forward to it, and we are more than capable of taking all four titles home.”
Sean Kerr, meanwhile, is hoping to emulate his Breacach clubmate Johnny Woods who secured gold in the All-Ireland minor singles championship two years ago.
Sean reached the minor showpiece last year before losing to Mayo, but he’s back even more determined in 2016 and the fact that his club are so heavily involved this year will spur him on even more. 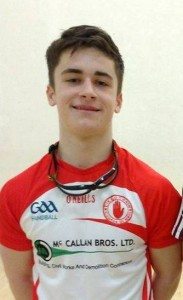 “It means a lot to our club,” stated Sean, “and I think it just shows how much work really goes on in Breacach. All of us playing on the same day will create an amazing buzz.
“All the Breacach lads are very close, we’re all good friends and enjoy having the craic together, I’m sure in the future we will have plenty of rivalry against each other too!”
While Breacach have captured the junior and minor titles in recent years, the club has never enjoyed singles success at intermediate or under-21 level, although the likes of Ruairi Kelly and Shane O’Neill have come close at intermediate level.
Conor McElduff has been the top performer in Tyrone handball this year and he is relishing the opportunity to complete a magnificent 40×20 campaign in style before returning to the one-wall code where he remains the country’s number one player.
“All has gone well so far this year,” reflected Conor, “I haven’t lost this year yet which is a big boost.
“Picking up the premier league and championship in Tyrone gave me great confidence going into the Ulster championships, but I still haven’t been 100% satisfied with my recent performances and I’m hopefully due a big one, so come Saturday I hope it’s going to be my best performance of the year,” stressed Conor.
“It would obviously be great to win another All Ireland title and especially as this one is Intermediate which would bring me up into senior handball, and only one Tyrone man has ever won the intermediate singles before so it would be nice to be the second.”
Winning the Tyrone senior championship for the first time has been a massive boost for Conor.
“It really meant a lot to finally get that monkey off my back,” he stressed, “in my first final the occasion got to me a little too much and I didn’t perform at my best, then the following year I had to play just after my All Ireland junior final so I wasn’t properly prepared and Darragh (Daly) was on fire, so to get to the final for the 3rd consecutive year and to finally win it really was a relief.”
“Last year I only lost two games in the entire calendar year and I’ve just carried that confidence into this campaign, and the reason things are going so well is because I really do believe in my ability, all that’s in my head 24/7 is handball, I’ve put in the hard miles, dedicated myself to the game and I truly believe in myself,” he explained.
Former Tyrone senior champion, Barry Devlin has been back to his best in 2016 and would be a very popular All-Ireland junior champion if he could pull it off.
“It has been my plan since the end of a successful 60×30 season to win the 40×20 junior all Ireland title,” explained Barry.
“Having reached the final three years ago and losing I am extremely determined not to let it slip this time. It’s a great title to win and looking at the list of former champions they are very renowned players from throughout the country.
“Looking ahead to the final I feel confident I can win it, although I won’t be taking David Walsh lightly as we met on the world stage 4 years ago in Dublin, a game which I narrowly won in a tiebreaker. I’m happy with how I’m playing, I am serving and shooting well and that’s the way I like to play,” concluded Barry.
Barry’s clubmate Gabhain McCrystall is equally confident of a bold show this Saturday in his All-Ireland under-21 decider against last year’s intermediate singles champion, Clare’s Colin Crehan. 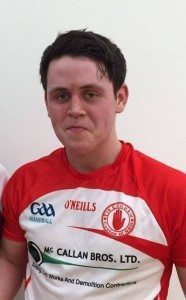 “I’m feeling confident going into this All Ireland final,” said Gabhain, following his return from playing handball in New York at the weekend.
“My All Ireland campaign has gone well so far but the highlight of this year would have to be going to New York, I’ve seen for myself what I have to do to become a senior and professional handball player.”
“It would mean a lot to me to win this All Ireland final, and it would be an epic feeling to get another win over Colin. We have played each other many times, and I believe whoever wants the game more will win it on Saturday.
“There is definitely a lot of talent in our club at present and I’ll use it to my advantage to push on and improve myself,” he finished off.
Sean Kerr is the youngest of the Breacach quartet in action on Saturday and the former multiple All-Ireland juvenile champion is hoping to go one step further in the minor championship than twelve months ago.
“My campaign has gone very well this year; everything is going to plan so far anyway. I’ve done most of my training now and I’m just focussing on my serve and ceiling game from now until Saturday,” Sean pointed out.
“Winning the minor singles title would just top of my juvenile career, I’ve got my under 14 singles and under 16 singles and this is the one I really want, especially after getting beat in last year’s final which made me more determined to fight harder and train harder this year.
“I know a lot about my opponent, Tadgh O’Neill from Cork, we are actually really good friends off the court and get on very well, I have loads of respect for him as a player in and out of the court, and I am looking forward to what should be a great game.
“There’s not much more I can do now, added Sean, “so hopefully I’ll peak on the day.
“I must add that my dad (Niall) has played a massive role in my career and training, and I don’t think I would be where I am today without having him on my side. He plays a massive role in Breacach club and will no doubt be helping Barry, Conor, Gabhain and all the juveniles playing this weekend to get their hands on All-Ireland medals,” concluded Sean.
ALL-RELAND CHAMPIONSHIP FINALS 2016…
Saturday 19th March in Kingscourt @ 10am…
Minor singles: Tyrone (Sean Kerr) v Cork (Tadhg O’Neill)
Under-21 singles: Tyrone (Gabhain McCrystal) v Clare (Colin Crehan)
Junior singles: Tyrone (Barry Devlin) v Waterford (David Walsh)
Intermediate singles: Tyrone (Conor McElduff) v Kildare (Paul Moran)