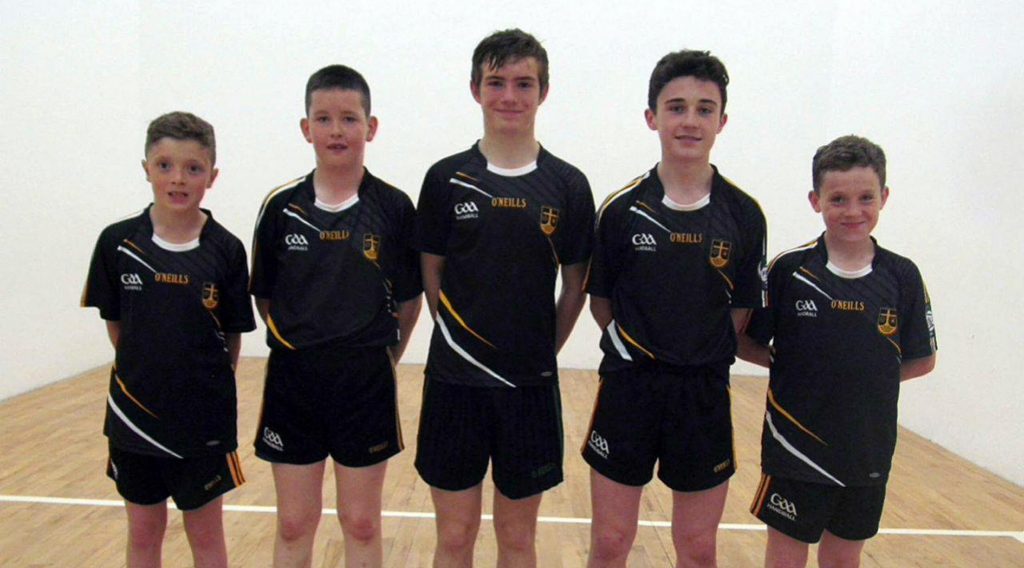 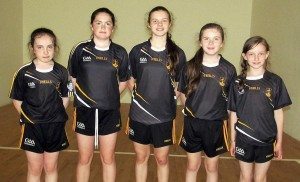 The Loughmacrory girls will compete in the highest division at feile and will face a tough challenge against Tuamgraney (Clare), Leixlip (Kildare), Cullohill (Laois) and Galmoy (Kilkenny). No Tyrone girls team has ever won the division one feile prize before.
Joining Mairead on the Loughmacrory team in Kilcolman for the girls main competition will be Alanna McGaughey, Dearbhail Fox, Niamh Curran and Aoibhe Curran.
The Loughmacrory boys team will compete in division three in Tipperary as it will be a young team going down which includes Eoin McElholm, Gary McAleer, Zak Devine, Conor Fox and team captain Conan McElholm.
They will meet Cullohill (Laois), Windgap (Kilkenny), Boherbue (Cork) and Downpatrick (Down) in their section with all their games taking place in Carrick on Suir.
It promises to be an exciting weekend for the 25 strong group of players, managers and supporters heading off from Loughmacrory on Friday for the big parade in Thurles on Friday evening.
Click Here to Read full review & all Tyrone GAA Handball News
Kerr, O’Neill and Fox make trip to Minnesota for US Nationals
Three Tyrone GAA Handballers are in the USA this week preparing to challenge for US Nationals Championships challenges and we wish our trio of players all the best in their quests.
Loughmacrory’s Antoin Fox will go in search of honours in the Boys 15 & Under and 17 & Under grades, Breacach’s Sean Kerr will go into the Mens A Singles event as the number 1 seed while his club colleague, Shane O’Neill, is number 2 seed in the same event. Both players are in action later today in the Mens A quarter finals.
Meanwhile Shane O’Neill will have a huge game later today also as he takes on Luis Moreno in the Mens Open Singles round of 16.
Sean Kerr will also team up with Cork’s Tadhg O’Neill in the Mens Open doubles and they face USA’s Tyree Bastidas and Ryan Bowler in the quarter final stages of that event. 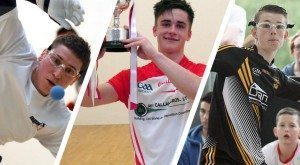 Click Here for People in Focus Profile with Sean Kerr
McElduff stars again in Mount Talbot
Conor McElduff added the Mounttalbot Men’s Open Singles title to his recent list of honours on Saturday evening. A semi final win over Mayo’s Vinny Moran was followed by a top class final display against Tyrone’s Darragh Daly to win that final 15-1, 15-10. Daly was also in superb form to deny Armagh’s Conall McCavitt in the semi final by 31-5.
Next up for Conor is that unprecedented 3-in-a-row bid for the Men’s Open Irish Nationals title in Breaffy in 3 weeks time.
Niall Kerr also secured the MAsters title in Mount Talbot as Tyrone’s only Cup winner of the event, defeating Clare’s Fergal Coughlan in the final by 19-11.
Click Here to see Video of Outstanding Conor McElduff Rollout in Mens Open Final