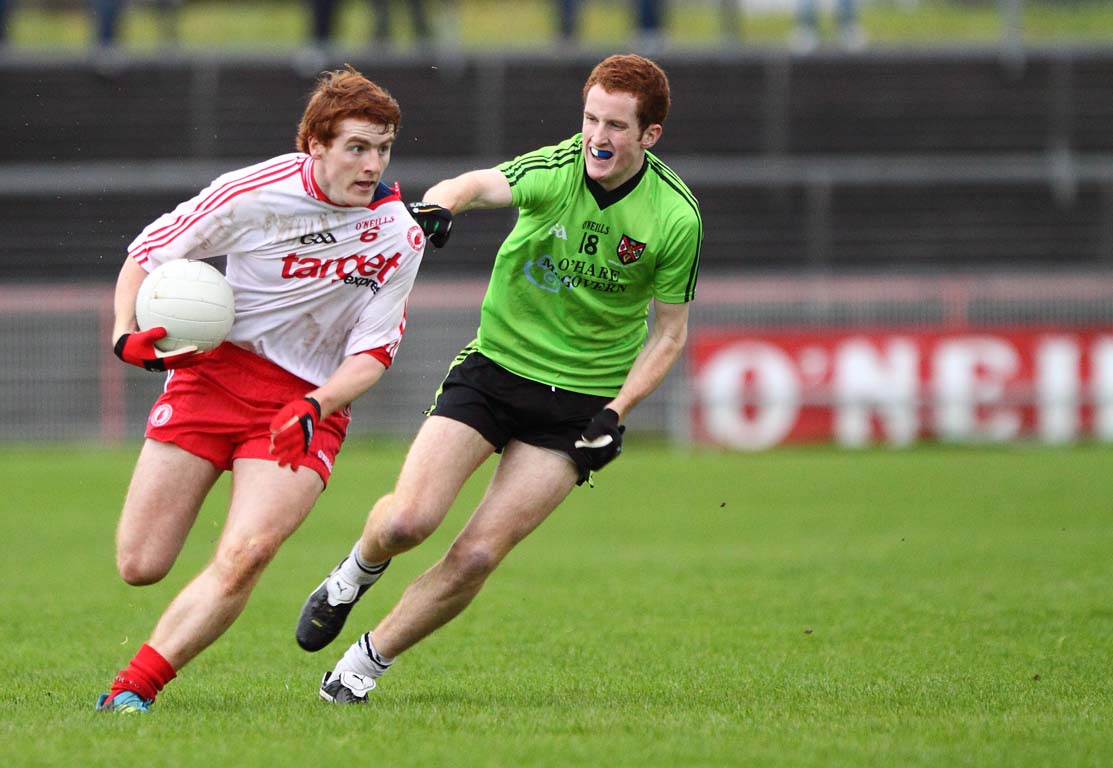 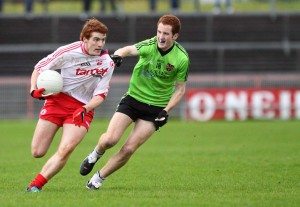 Peter Harte is not just a wonderful Gaelic Footballer he is also a fantastic athlete. Watching him carry the ball through the Fermanagh defence on Wednesday night leaving opponents and team mates in his wake was a sight to behold. He was on the ball more often than any other player and the number of times he turns the ball over or dispossesses an opponent continues to grow with each passing game. On one occasion against the Erne County he carried the ball out of defence late in the game while Galbally’s Micky Murphy set off to support him. Now Mickey is no slouch but he just could not live with the acceleration and drive of the centre back.
That little cameo came after he had played nearly a full hour’s football in difficult conditions during which he worked his socks off for his team. It looked like he was just picking up where he left off against Antrim as he led by example in a top drawer all action display of football. Indeed for such a young man to carry the mantle of leader the way he did speaks volumes about his character. He may be just out of under twenty ones but at this stage he has all the attributes to be a captain of the county senior football team. It may be a while before the manager decides to entrust him with that particular responsibility but you get the feeling that it would not faze him in any way.