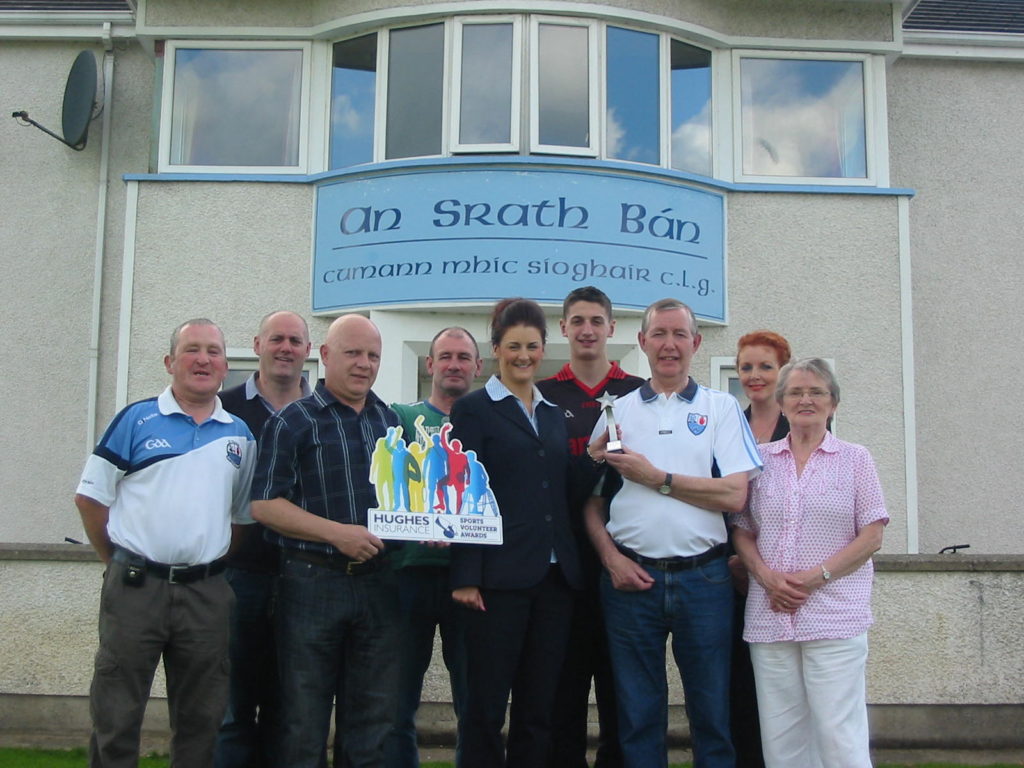 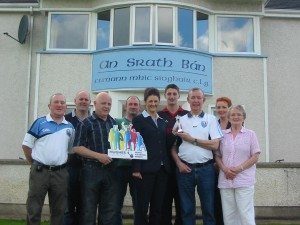 The award brings with it a trophy a personal cheque for £200.00 and a cheque for £500.00 for the club so well done John on a well deserved award after giving more than fifty years of service to the G.A.A. in Strabane. John played on the Strabane side of 1960 that lost out to Benburb in the Tyrone Junior Championship final and is still heavily involved in the affairs of the club.

John recently received his award from Hughes Insurance representative Jenny Duff at Páirc Mhic Sioghair with members of his family and the club in attendance.

He now goes forward to the N.I. finals alongside eleven other winners.