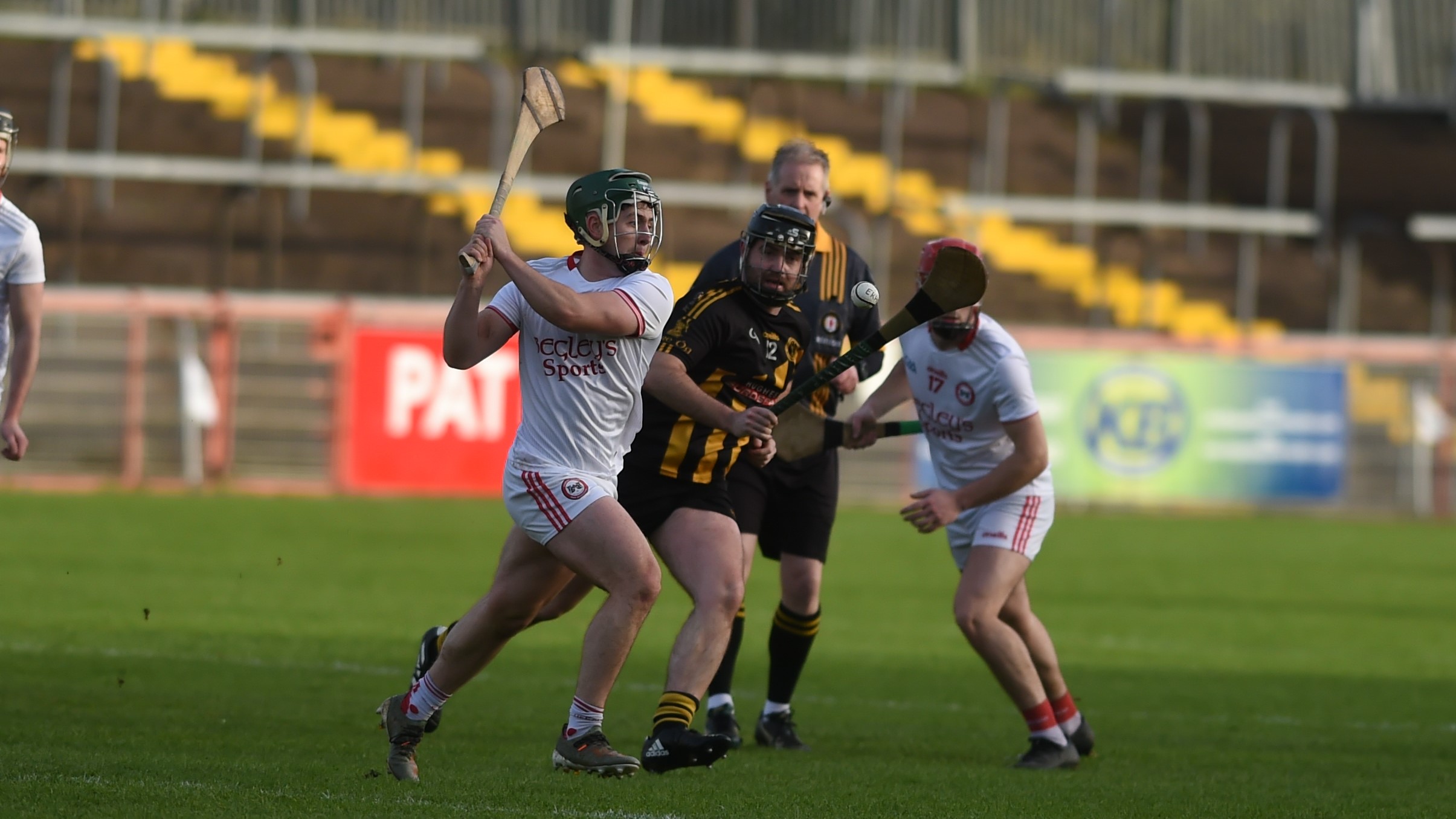 The Tyrone County Hurling Finals took place on Saturday and resulted in wins for Naomh Colum Cille and Eire Òg. After a competitive Junior Final NCC made it three titles in a row while Eire Óg produced a strong display to make it back to back Benburb Cup titles for the Carrickmore based outfit.

Naomh Colum Cille were never in trouble against Omagh St Endas but found the much improved county town side a more resilient opponent than they were last time out. Paul Greville and Paul Mc Kernaghan swapped early scores before a burst of scoring put the men from the east four points clear. Greville was in fine form and his movement and ball winning ability was causing the Omagh defence all sorts of problems.

Omagh’s cause received a shot in the arm with a twenty second minute goal from Mc Kernaghan but scores from Greville, Niall O’Neill and captain Chris Kearns sent the teams off at the break with NCC leading 0-7 to 1-1.

NCC dominated after the break in terms of possession but found a resolute Omagh defence hard to break down. Eoghan and Ruairi Winters, Shaun Holden, Jakub Krawczyk, Tom Mc Clements and Mark Corry battled superbly to keep their team in the game. However NCC were not to be denied and with Greville, Paul Maguire and Sean Kelly in fine form they added two goals and three points to run out convincing winners while Mark Corry landed two superb points for Omagh.

The senior final between Eire Óg and Eoghan Ruadh was expected to be a close and competitive affair and so it proved for the first twenty five minutes or so as the sides were level on four occasions during the opening period. Eoghan Ruadh’s decision to play Damian Casey as sweeper was proving effective defensively but as the game developed his absence from the forward line reduced his side’s scoring options.

Cain Ferguson and Dermot Begley enjoyed a bit of a shoot off early on with both players accounting for their teams’ opening four points. Begley was superb throughout, marshalling the defence and driving his colleagues forward at every opportunity. With just over five minutes of the first half remaining he pointed to put his team 0-5 to 0-4 ahead. Eire Óg finished the half strongly with further points from Sean Óg Grogan and Cormac Munroe before Ferguson narrowed the gap to two points with a late score.

The Dungannon lads knew they were in danger of letting this one slip away and came out for the second half more determined. However Eire Óg were playing like men on a mission and no matter what Eoghan Ruadh threw at the Eire Óg defence Sean Paul Begley, Jarlath Kerr and co dealt with it with ease. A brace of Dermot Begley scores extended the Eire Óg lead to four before Cain Ferguson and Brennan Molloy converted chances for Eoghan Ruadh. However there was a flow and an assurance to the Eire Óg play and points from Ruairi Slane and Conor Grogan stretched the lead to four.

Eoghan Ruadh were in bother and no matter what switches or changes they made they failed to match the intensity of their opponents. Eire Óg finished strongly with further points from Slane, Sean Óg Grogan, John Mc Gurk, Brian Mc Gurk and Dean Rafferty to ensure that the Benburb Cup would remain in Carrickmore for at least another year.

Team captain Conor Mc Elhatton received the cup on behalf of his team with as fine an acceptance speech as you could wish to hear.