Home | Ladies Board Holds First Meeting Of The Year.

Ladies Board Holds First Meeting Of The Year. 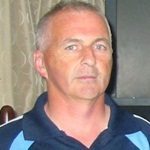 The first Tyrone ladies county board meeting of 2011 went ahead last week in Cappagh with new Cathaoirleach Martin Conway taking charge of affairs for the first time. The focus of the meeting was getting the new year up and running with start dates for the various competitions unveiled and proposed gradings for 2011 discussed.

Clubs were reminded that they need to come back with any fresh proposals in grading issues ahead of the next county board meeting on February 7th. Conway confirmed that the county board would be using the Irish form of club names where possible, most likely in relation to the county championships and he took time out to remember Michaela McAreavey and Cisteoir Antoinette McCusker’s father who passed away recently.

The aim is to have the gradings passed at that meeting so fixtures can be drawn up, with a fixtures booklet issued at the March meeting.
Fixtures secretary Ashling Doyle confirmed that the fixtures committee will be meeting again to discuss and try to resolve any of the queries in relation to the gradings. Clubs were also asked to consider several options in terms of fixtures and organisation

In relation to freedates clubs were also asked to ensure all Confirmation and Holy Communion dates are forwarded to the fixtures secretary as soon as possible with the same regulations with regard any other free date requests, eg for fundraisers, weddings etc.
A Minimum written 4 weeks notice for a free date is required;

Referees
A reminder that the penalty for not having an active referee is to lose home advantage in youth championship games in addition to the likelihood that your league games could be called off in the event of a shortage of referees.  To be deemed active, a referee needs to do at least 5 games or the equivalent in lines or 4th officials.  Tyrone ladies football  have approximately over 500 games for which officials are required.

Meanwhile the following transfers were confirmed,: Stacey McCann An Charraig Mhor to Na Fianna New York, Joanne Monaghan Fr Rocks to Na Fianna New York and Devon Nugent Fr Rocks to Na Fianna New York. Runai Maggie Skelton also reminded clubs that permission requests from 2010 must be renewed again as soon as possible for the new season , squad lists for the minor football league should be forwarded to the county board as soon as possible while all club information is needed immediately after club AGMs. Committee for 2011 season, Financial report (letter from men’s if your club is intergrated) and minutes from your AGM.  Required are the name, address, contact number and email addresses..

The county underage trials continue as planned while Tyrones seniors open their national league campaign against Monaghan on February 6th away , followed by a home ties against Galway on the 13th and Donegal on the 20th, Drumragh already confirmed for the visit of the All Ireland Intermediate champions.