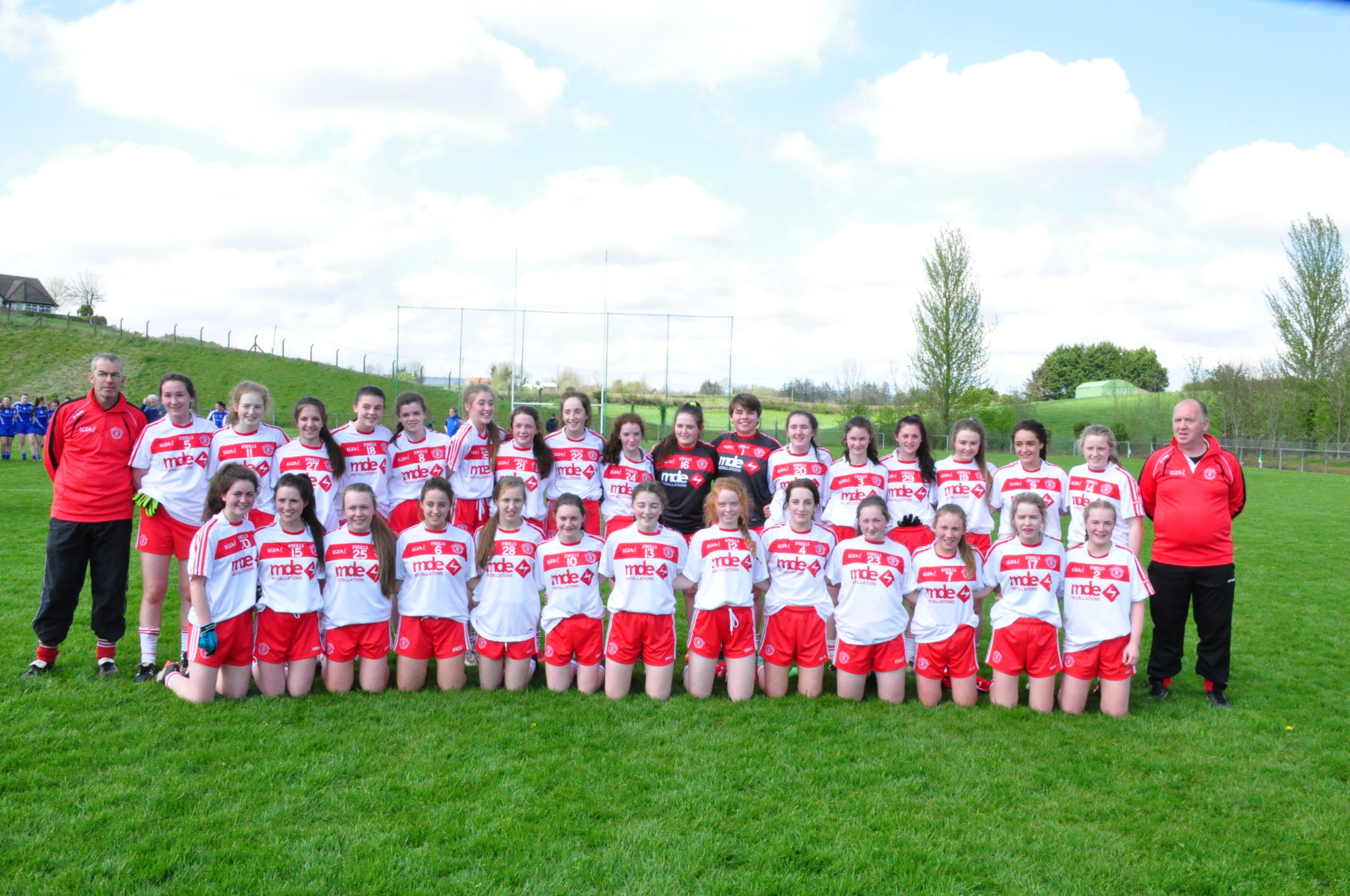 Tyrone Ladies U16s travelled to Roslea in Fermanagh on Sunday to take on competition favourites Monaghan in the Ulster Final.

Played in ideal conditions it was the Farney girls who opened the scoring with a point from play. Tyrone responded in style with a goal from Bronagh McKenna following a great passing move with Corrigan and Byrne linking to set Mc Kenna free to score.

The Red Hands began to settle to the task and Warnock drew a free which was converted by Byrne. Byrne then doubled her tally when she recorded her first score from play.

Monaghan replied with a point of their own before Tyrone found the net with their next attack as Elly Jay Mc Menamin scored after Monaghan had been turned over from their own kick out. Mc Guinness received the ball before passing to O’Hagan whose speed of feet and hand delivered a quality ball to Murray who then sent Mc Menamin through to score.

Gallagher was next to score with a point from play before Monaghan replied with a converted free. Good defensive play from Mc Mahon and O’Neill broke up a promising looking Monaghan attack and resulted in another Tyrone goal this time from the boot of Murray. Tyrone then added two further points from play courtesy of McKenna and Byrne.

Tyrone were totally on top at this stage and Murray again found the net with the next break up field. Monaghan replied with another point but Byrne for Tyrone finished the scoring for the half with a point to leave the score at the short whistle Tyrone 4-06 Monaghan 0-04.
Tyrone’s Ikyea Collins ensured the Red Hands began the second half in positive mood when she sent Murray through to score a point from play. O Warnock was next to score for Tyrone when her shot hit the bar before going over for another point.

Monaghan battled hard and in a rare foray up field were awarded and converted a penalty. The Tyrone defence was allowing the Farney side little time or space on the ball with Mc Guinness, Mossey and O’Hanlon keeping a tight rein on their opponents while the halfback line of O’Hagan Mc Mahon and O’Neill all played their part in a dominant and composed display of good defensive football. Byrne added another brace of points one each from a free and open play as Tyrone eased off the gas somewhat with the game well and truly won at this stage.

Monaghan did hit four unanswered points but the Red Hands responded well when O’Hagan broke from inside her half and landed a superb point from beyond thirty metres. Monaghan replied with two more points from frees before Gallagher scored her side’s fifth and final goal when she then found the net with an unstoppable shot. Monaghan played bravely to the end and completed the scoring with two additional points just before the final whistle.