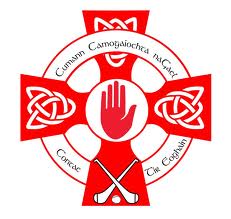 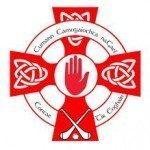 There will be two championship finals decided in one week in Tyrone as the Post Primary and under 14’s play. Eglish and Dungannon will compete in both matches and we are expecting thrilling camogie if the Féile earlier in the year is anything to go by. Dungannon are the defending championship winners in the Post Primary section and Eglish are the Tyrone Féile winners so the matches are expected to be close.

The Tyrone senior team had a training session in the new Páirc Chormaic pitch in Eglish on Sunday. The annual school and university examination time is drawing to a close and a great effort is now required by all players in the run up to the first championship match against Dublin on 30th June in Edendork. The county manager will visit all clubs over the coming weeks to introduce himself and take a training session. Some clubs have availed of the offer already and the feedback has been very positive.

Representatives of Tyrone camogie were invited to have a look at the new Garvaghey building complex and associated training pitches. The evening was well attended by clubs from all over Tyrone and there was a meal and presentation at the end. Tyrone camogie would like to thank the Tyrone football county board for extending the invitation which was greatly appreciated.

The bad weather won the day when the Go Games Blitz in Edendork on Saturday past had to be cancelled. It will be arranged for a later date in the year. Derrylaughan will host the next Go Games on June 30th and they will start at 9:15 and last approximately two hours. All clubs should place a high priority on the Blitzes and get as many under 10’s, under 8’s and under 6’s as possible to attend. They are great fun and all parents and supporters seem to enjoy them as much as the players.

There were three Tyrone players involved in an Ulster under 14 schools final on Thursday past when St Catherines of Armagh, managed by Fionnula McGrath were beaten in a thrilling match. Ellie Donnelly, Shelly McVeigh and Allana Muldoon were the three Tyrone players and all three can be rightly proud of their performances but it was just not quite enough as they lost out by a couple of scores.

Tyrone defender Emma Mc Shane is now in America and the whole squad wish her all the best over the next three months. It is hoped Emma will return and take up her place in the squad for next year.

Tyrone Camogie would like to congratulate Eoghain Ruadh hurlers and wish them every success as they had their official opening of the ballwall on Saturday. They had a well attended fund raising day combined with a charity Balloon release in aid of HOPE the race for life charity. It was an excellent day and all age ranges were catered for in a well organised event.

Tyrone camogie would like to wish Cara Fitzgerald a speedy recovery from an illness and everyone hopes to see her out and about in the coming weeks.