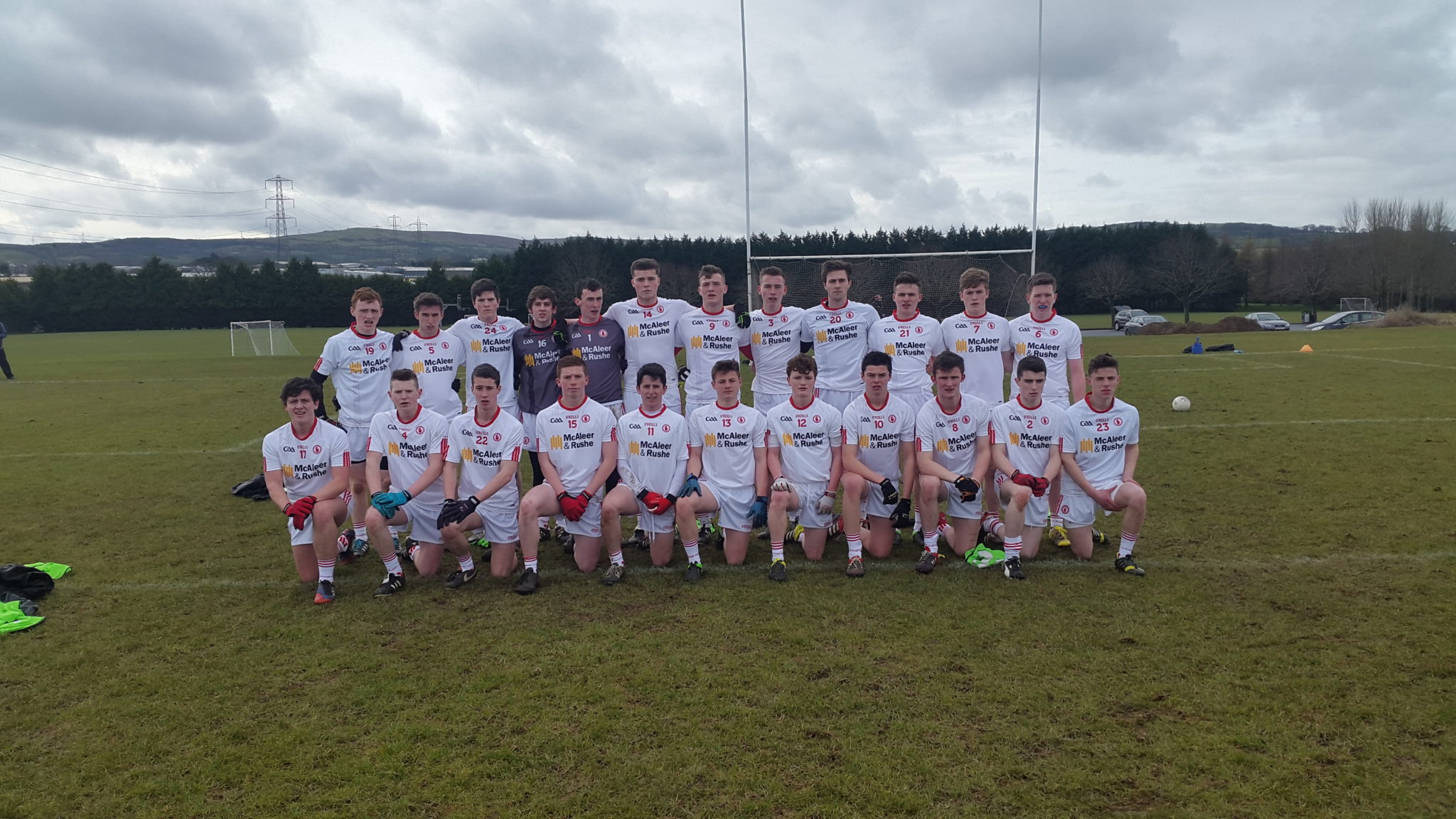 Tyrone made a disappointing start to their Ulster minor league campaign when they lost to Antrim at Mullusk on Saturday afternoon. Daniel Kerr put them into an early lead with two well taken points but they struggled until the closing stages of the half.  Tiarnan Drayne then landed a point before Jude Campbell fired  in a well taken goal. That score lifted Tyrone and a Ryan Devine point was followed by a punched goal from the same player to leave the visitors leading 2-4 to 0-1 at halftime.

That was as good as it got for Tyrone as all they could muster in the second half was a point from Kerr. Antrim closed the gap with points from Kevin Small, Niall McKeown and Seanchan Duffin but Tyrone still led by three with a minute to go. Small palmed in a goal and thirty seconds later Malachi Doherty also found the net as it finished 2-10 to 2-5.