The Lough5 run launched in 2009 will once again go ahead this New Year’s Eve at 12pm. There has been a huge demand for places at this year’s event, which promises to be bigger and better than the inaugural run of 12 months ago. There will be a top prize of £200 plus a host of other prizes and festive hospitality. A host of running and powerwalking stars from accross the nine counties are set to converge on the Loughmacrory event in an action-packed countdown to the New Year with many stars from the GAA and wider 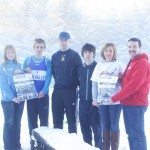 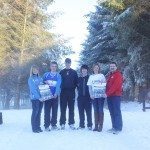 Proceeds raised from the event will again be donated to the designated charity, Termonmaguirc Friendly Care Group. For further details see www.lough5.com. All support would be greatly appreciated for a fantastic community occasion.