Home | Masters Through To Final

Masters Through To Final 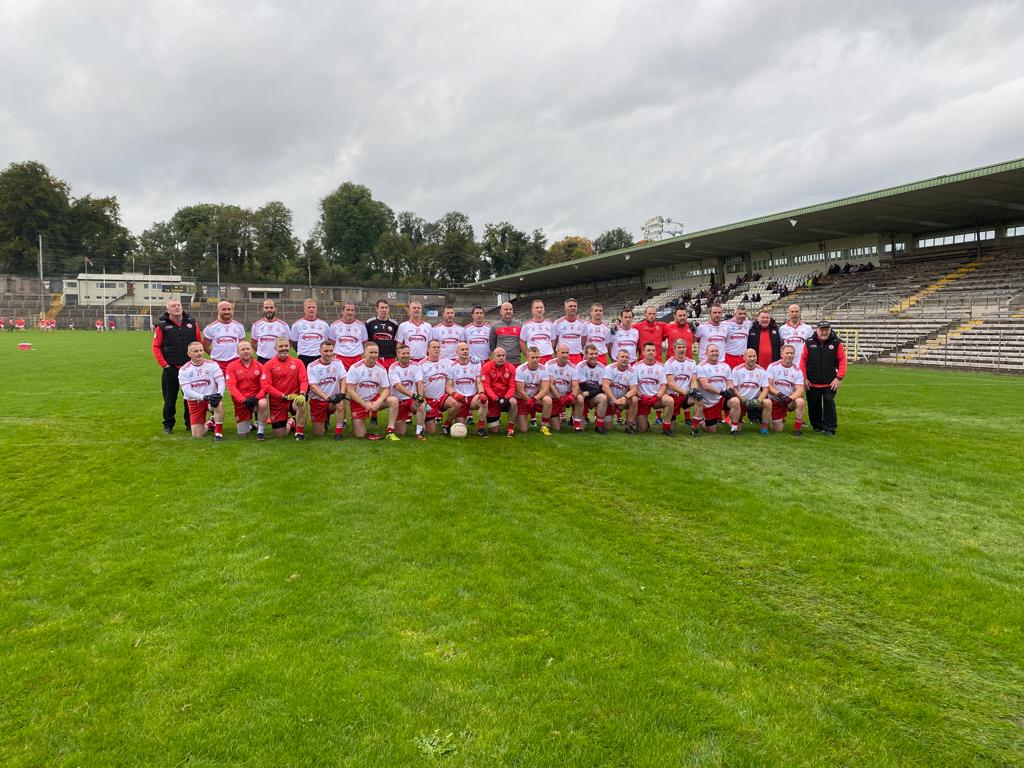 Masters Make It through To Final Meeting with Dublin

Tyrone masters faced Louth in the All Ireland Masters semi final at St Tiernach’s Park Clones and came away with a convincing 2-18 to 0-3 victory to set up a mouthwatering final against rivals Dublin on the 6th of November.

Brian Mullan opened the scoring from a free followed by another free from the boot of Michael Anderson. Points from play by Stephen O’Neill and Mullan set the tone for the remainder of the game.

Louth packed their defence in the hope it would minimise the Tyrone threat but to little or no avail as Tyrone cut through for a well taken goal by O Neill after great approach play by Ciaran Gourley and Mullan.

Further points from Anderson and former Player of The Year O’Neill and a collectors’s item of a point from Donal Mc Anallen offset two points from the Louth men to leave Tyrone leading at half time 1-9 to 0-3.

The 2nd half saw more of the same as Anderson, O’Neill and Ciaran Kearney knocked up points. Tyrone rang the changes and a well taken goal from Eamon Mc Elroy and points from Eoin Bradley ,Mullan ,Anderson and 2 from John Mc Mullan left Tyrone running out 2-18 to 0-3 winners.

It is a great achievement for this bunch of players to be back in the Masters final where a strong Dublin team awaits. Saturday’s game was played in a great sporting manner and well done to Louth following their great showing in this their first year of Masters football.

The Masters Squad 2021 is as follows: