McBride Takes Over Reins At Galbally


Former Derry star Johnny McBride has been appointed as the new manager of Galbally for 2011. He takes over from Conal Sheridan who ironically will form part of new Oaf Leaf manager John Brennan’s back room team for next season.  McBride will be assisted in his duties by fellow Loup club man Niall McCloy who will train the Pearses. Next season will be Galbally’s first in Intermediate football since 1991 and no doubt they will push hard to try and get back to the top flight at the first time of asking. It is McBride’s first senior managerial post after a distinguished playing career that saw him play in All Ireland finals for Derry at minor and U21 level as well as winning county and provincial medals at club level. 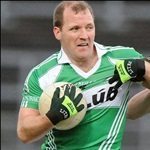 Meanwhile the Pearses’ parish neighbours Donaghmore have brought together an interesting management team to guide their fortunes next year. Adrian Cush, as exclusively revealed on this website in early November, will be in charge and he will be assisted by fellow clubman and former Tyrone defender Paul O’Neill as well as former Red Hands attacker and current county Vocational manager Brian McGuckin.