McKenna Set to Return to Australia 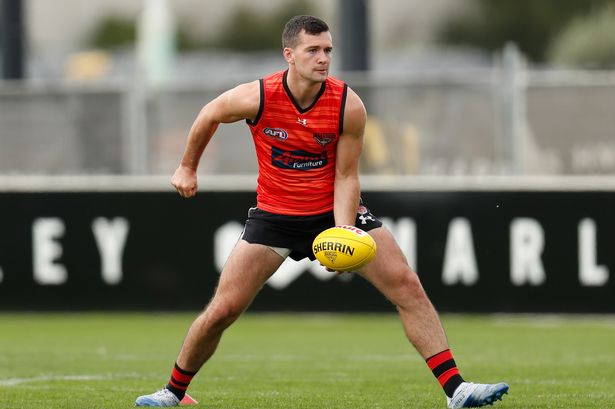 Tyrone’s hopes of regaining the Sam Maguire Cup in 2023 have been dealt a major blow with the news that Conor McKenna intends to return to Australia to play AFL again.

It is understood that he informed the players and management of his decision over the last few days. The Eglish clubman played a key role as the Red Hands won the All Ireland title for a 4th time in 2021.

His two goals in their extra time win over Kerry in the semi final at Croke Park were massive scores while his vision to pick out Darren McCurry for Tyrone’s major in the decider against Mayo broke the resistance of the Connaught men.

McKenna was the star of the Tyrone minor side who reached the All Ireland final in 2013 only to lose out to Mayo and at the age of 18 he headed to Australia to play for Essendon in the AFL.

He made a startling rise in the AFL making his senior debut in September 2015 and marking it with a goal. That same year a Tyrone side containing a number of his former minor teammates went on to win the All Ireland U21 title.

McKenna decided to return home in 2020 and he made an immediate impact for Tyrone scoring two goals and setting up another for Darragh Canavan with an exquisite pass as the Red Hands won in Castlebar against Mayo to preserve their Division one status.

Conor’s energy levels and the fact that he came from a professional background proved to be a key plus for managers Fearghal Logan and Brian Dooher as they enjoyed a dream debut season winning Ulster and All Ireland titles.

Conor made no secret of the fact that it was always his dream to return home and help Tyrone win an All Ireland and he managed to achieve that target in a very short time. He is only the 4th player to return from the AFL and win an All Ireland title following in the footsteps of Dermott McNicholl, Brian Stynes and Tadhg Kennelly.

It is certainly not the news that all involved with Tyrone GAA want to hear and it’s another forward who will depart from that all conquering 2021 squad. Paul Donaghy, Lee Brennan, Ronan O’Neill and Mark Bradley all departed prior to the start of this season and ironically they are the four leading marksmen at the moment in a very competitive Division One within the County.